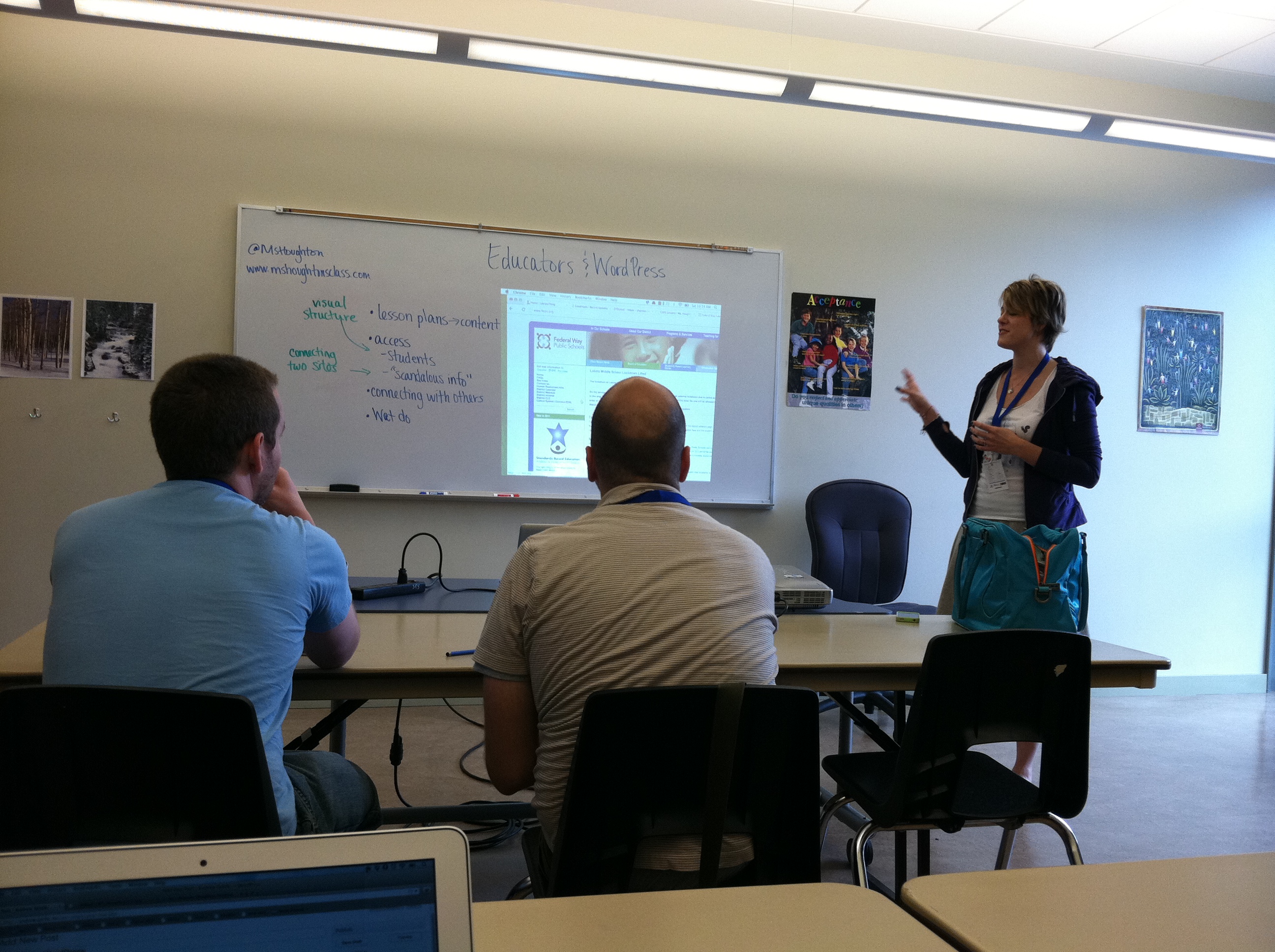 Shannon Houghton led the first unconference session at WordCamp today. She’s a 2nd and 3rd grade teacher at an elementary school in Federal Way, Washington. She uses a WordPress site for her classroom.

The class blog is used to contact students as well as authors. Shannon also posts lesson plans on the site as well that are all available to download.

Access to sites can be a problem in school districts. Shannon’s district usually blocks access to blogs by restricting domain names. Having a custom domain name routes around this though and lets her students access the site from the school network.

Like many school districts they require all school data to be hosted on their own servers. Shannon’s site isn’t currently hosted there but the district as a whole is moving to WordPress from Dreamweaver sites so she’ll likely be able to move on to the school servers.

One issue mentioned with sites was controlling access and permissions to a site or a network. One plugin that can help do this is called Role Scoper. There are others like User Role Editor. They’ll give you a level of granular control over user roles and permission.

Someone in the session asked where the other teachers in the room got their tips and tricks from. Shannon mentioned Edutopia as a great resource that isn’t blocked on school networks. There’s also a large teacher community on Twitter that organize nightly chats relating to specific grade levels or topic areas.

Another person mentioned the biggest flaw in WordPress as its lack of event calendar support. School districts really need a good event calendar plugin. This district uses Schoolwires which has a granular calendar feature but was described as terrible otherwise.

For setting up a demo site for your work I highly recommend using a local installation on your computer. There are terrific instructions on the WordPress Codex that walk you through how to do this on a Mac or a PC.

For anyone who was in the session and has more questions feel free to get in touch. I’d love to talk more about how WordPress can help teachers and schools.

[…] led a conversation about educators and WordPress at WordCamp this morning, and I’m SO PUMPED to start making changes and improvements from the […]

[…] posts. You can see mine here and here. (Full disclosure: I actually wound up speaking about educators and technology at the conference.) Mine are positively vapid compared to some of the in-depth multi-post analyses […]