Way back on March 24th I took a trip to Maui with Daniel, Leah, and Leah. We stayed just south of Lahaina for 8 days in a great condo Daniel found through a charity auction.

The highlight of the trip was definitely the hike through Haleakalā crater. We parked the rental car at the Halemau’u Trailhead. That meant we had to hitchhike up to the summit and the Sliding Sands Trailhead. Luckily it didn’t take too long. After 5-10 minutes we caught a ride from a guy working on one of the observatories at the summit.

Starting down the Sliding Sands trail was pretty surreal. We started down early in the morning so the clouds at the summit were gorgeous. 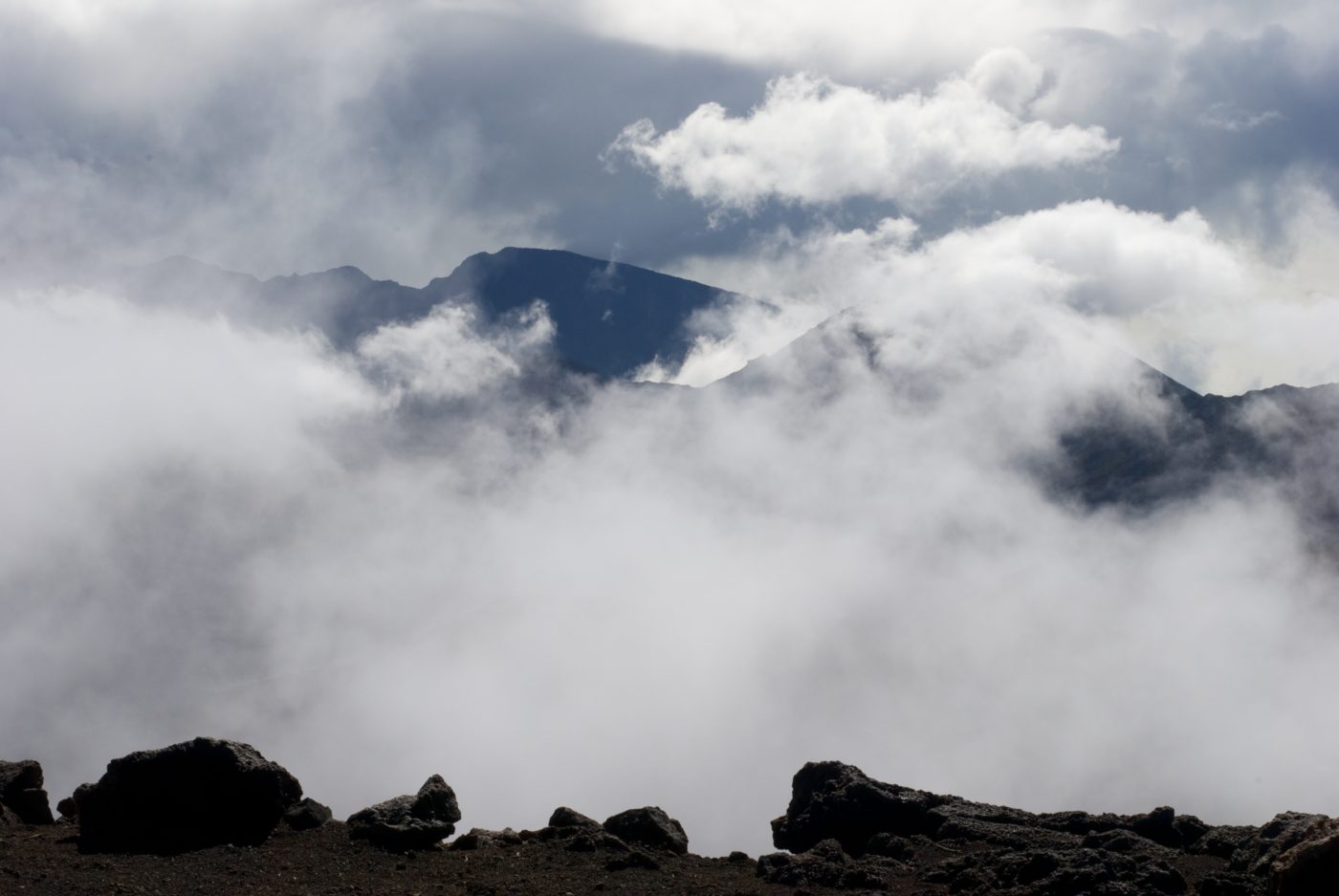 All the way in to the crater the terrain stayed fairly barren. Some low clouds drifted by as well which created a neat effect against the dry volcanic rock. 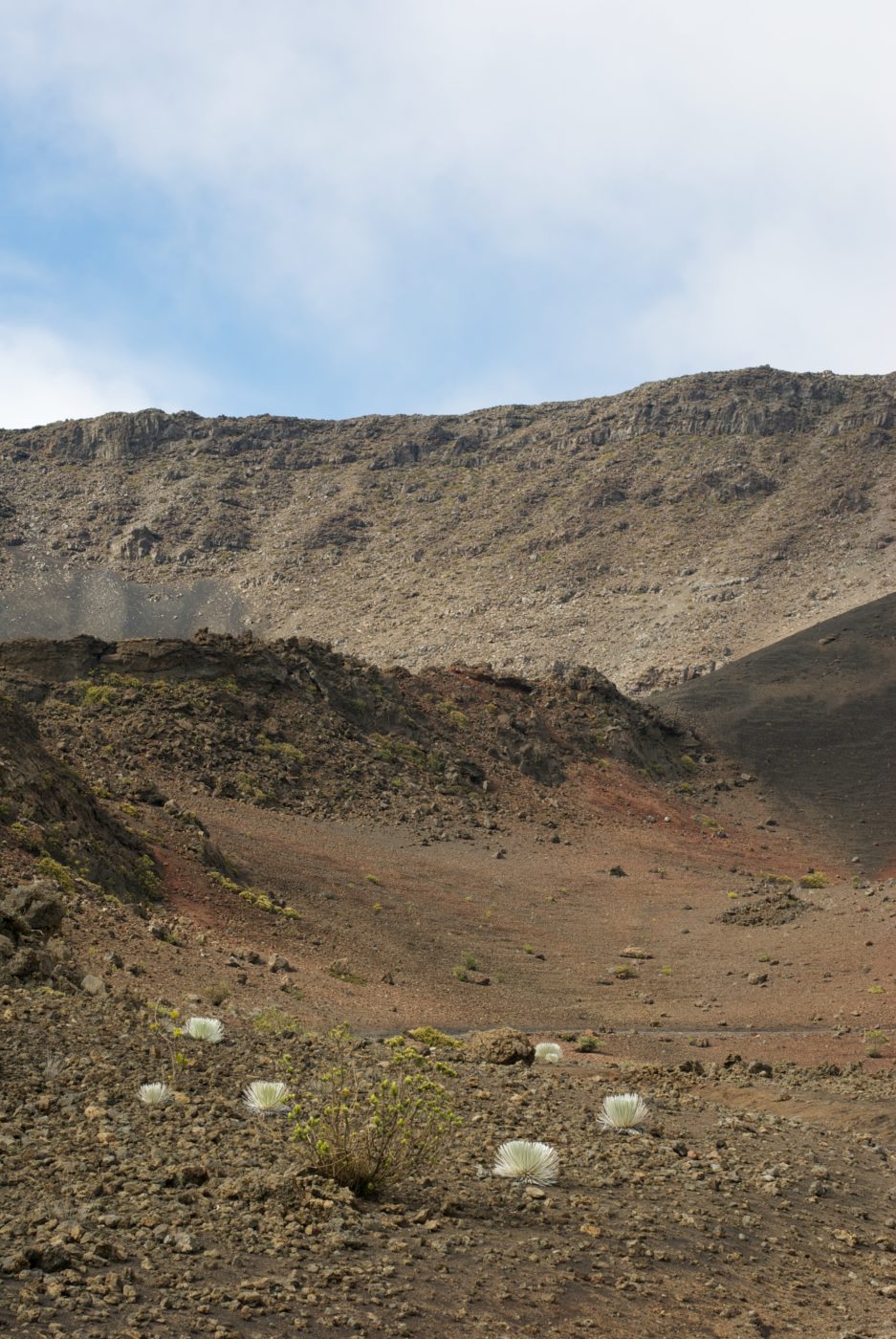 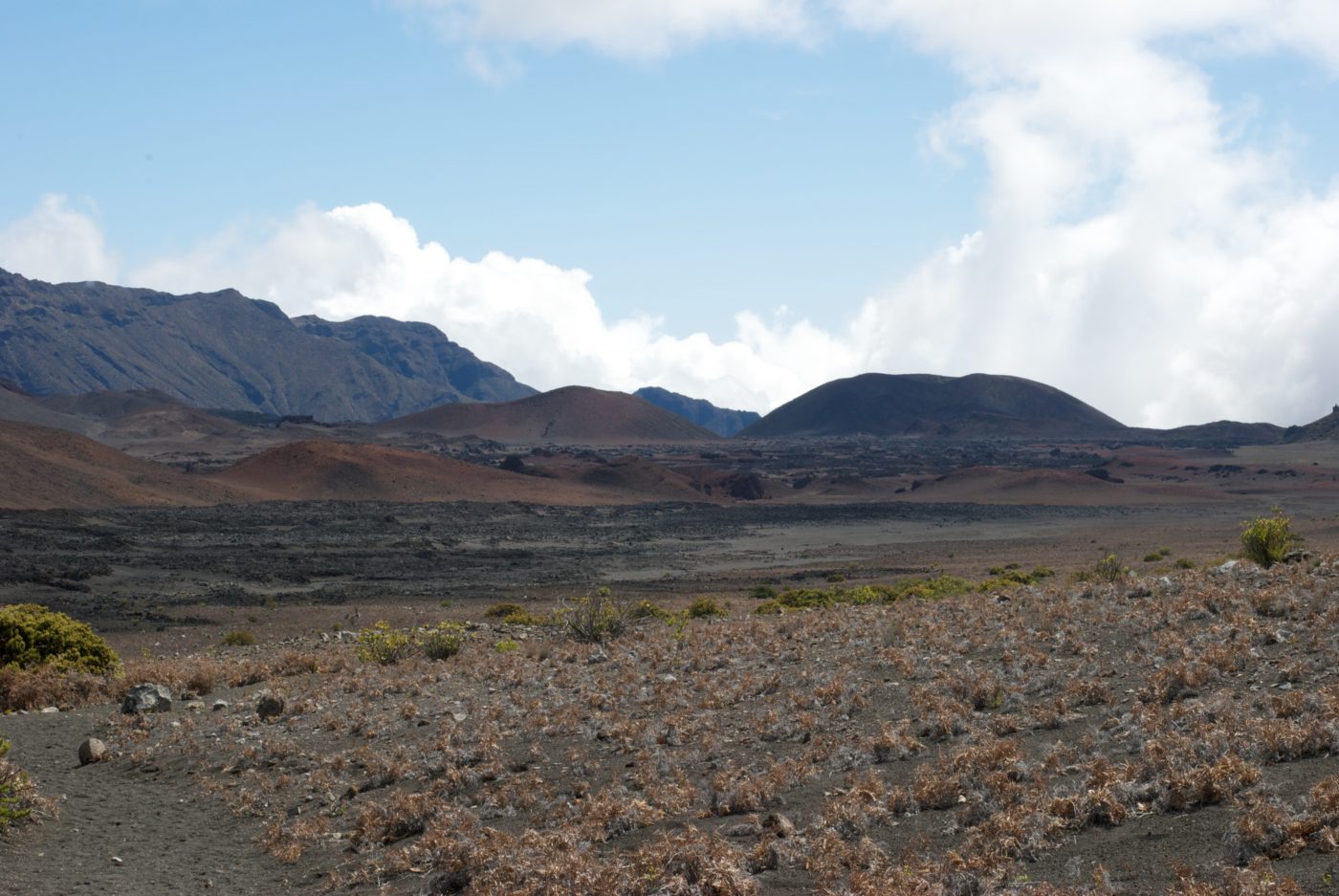 The reds of the rock made a nice contrast, too with the blue sky that appeared later in the afternoon. We did make the mistake of taking advantage of a great view to have lunch, though. The view was great but where there’s a view there is apparently wind. Lunch was a short one. 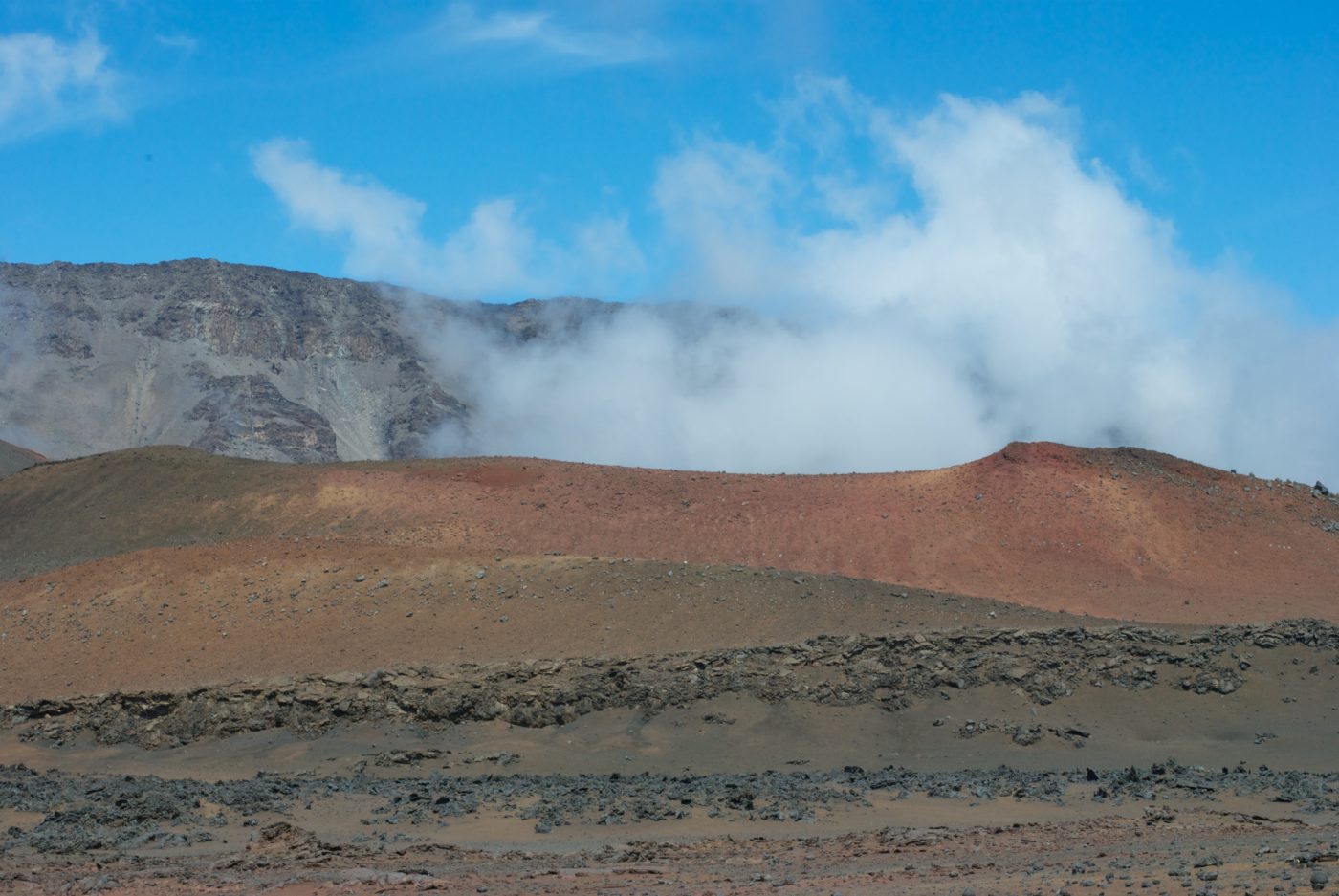 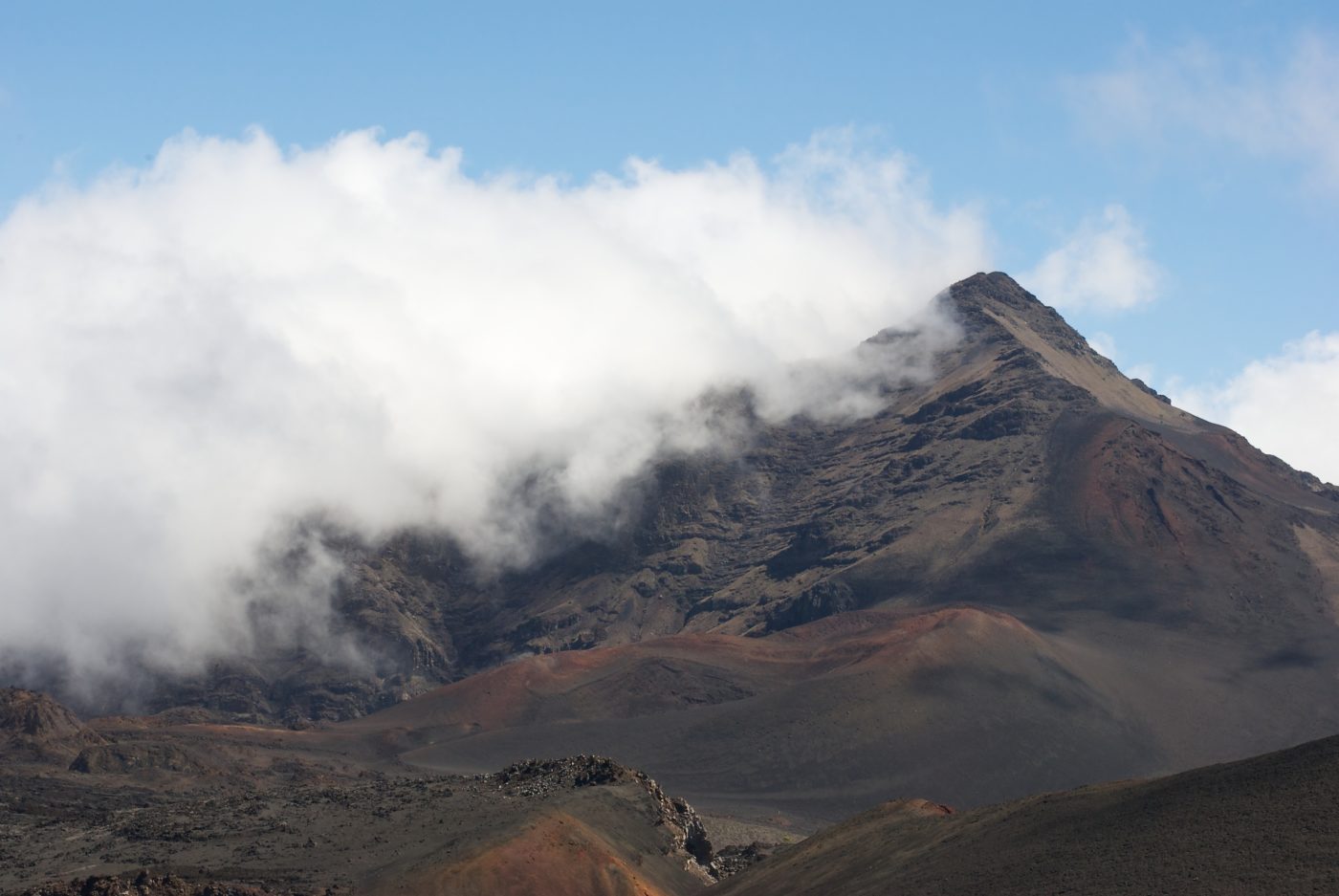 Part of the appeal of hiking in to the bottom of Haleakalā is the silversword, a rare plant only found in the crater. We ran in to plenty of them and they’re pretty unique. 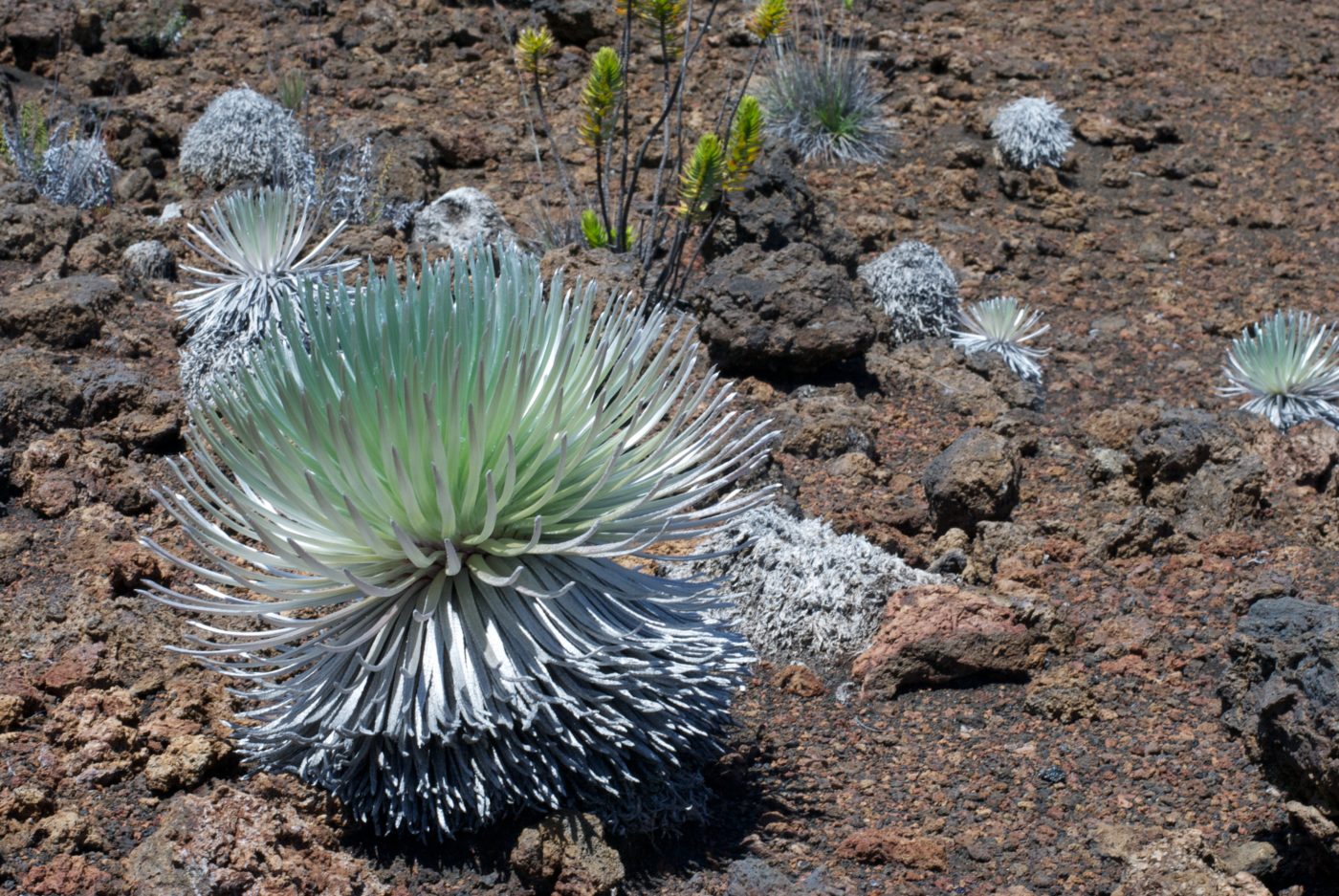 After hiking across the floor of the crater we hit a less barren area of terrain. My eyes had to adjust to the greenery a bit. There’s a cabin you can rent that’s just behind where I took this photo from. Next time I want to hike in to the crater and stay a night or two down there. Would be a great place to watch a sunrise. 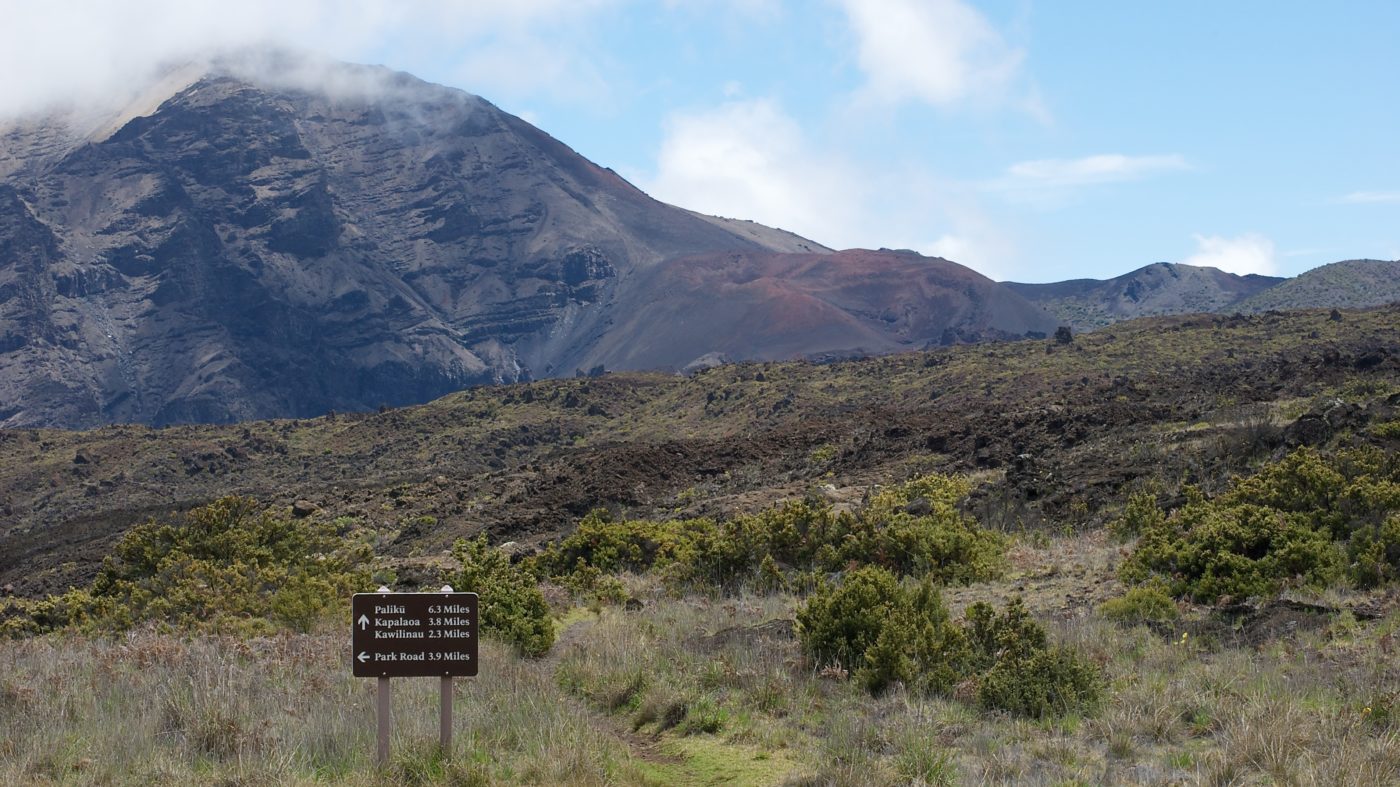 The hike up the Halemau’u trail meant that we saved about 1,500 feet of vertical. That’s not to say that the trail was gradual, though. If you look closely here you can see the trail switch backs weaving up the rock face. Daniel decided he was going to run it from the bottom. I think he got about a 1/4 mile in. 🙂 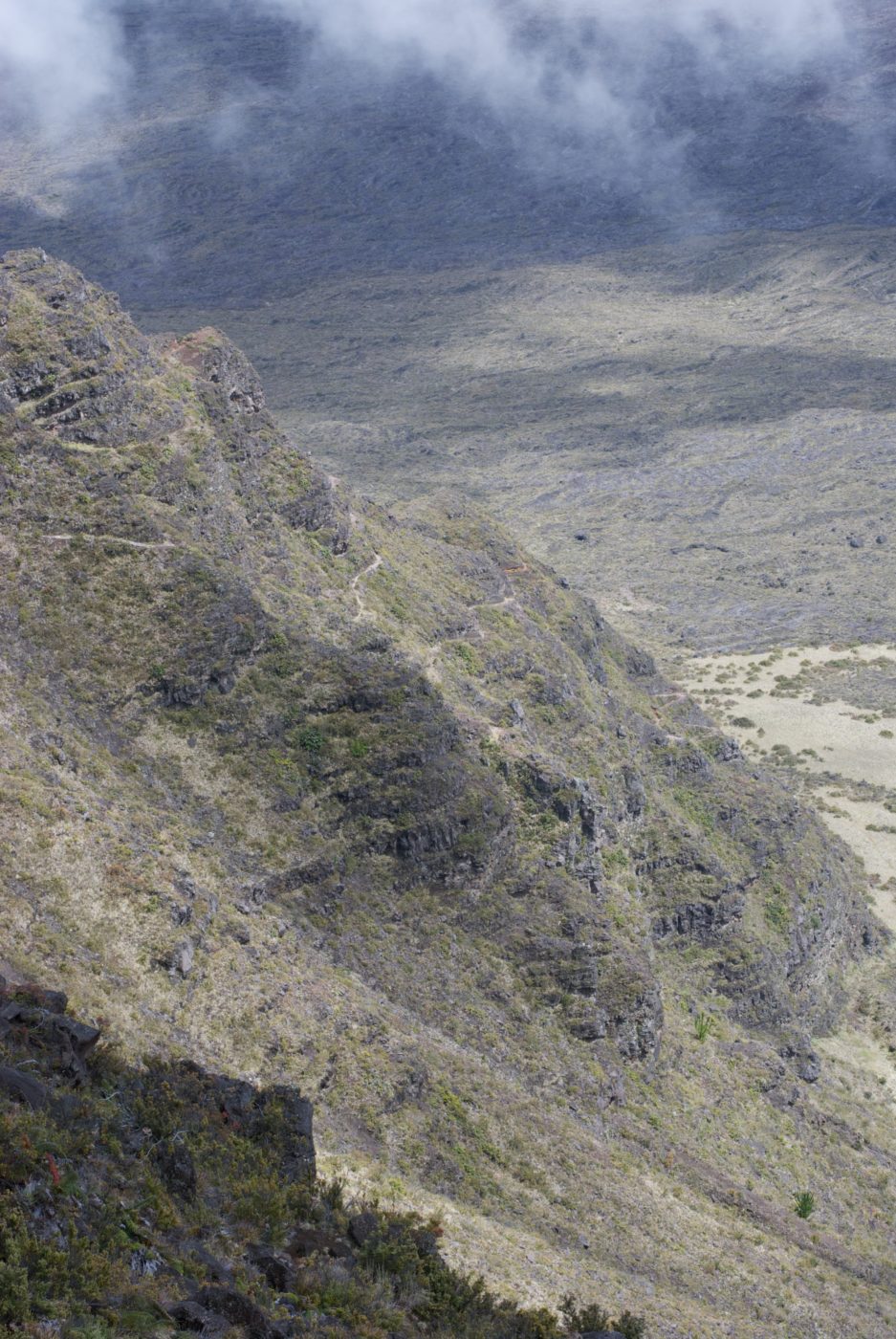 One of my favorite hikes that I’ve been on. This was my first trip to Maui, or any of Hawaii for that matter, and I’m looking forward to heading back.