Back in April I traveled to Budapest. It was my second time in the city, the first was for Automattic’s 2011 all-company meetup. This time the trip was for a team meetup as well as the Write the Docs conference.

It was also my first trip with the Fuji X100S. I bought this back in March to replace my old Nikon DSLR. The Nikon was a perfectly workable camera, I just wanted something that combined a smaller size with more manual control and range. After shooting with it for a week I love it. Really fantastic camera.

The meetup was great, too. I woke up around 6:30am each morning and walked around the city for a few hours before everyone else got up. It’s fun to explore a city as it’s starting the day; you tend to learn a bit about local routines. The downside is all that time walking around the semi-polluted streets likely factored in to me getting sick on the last day there. 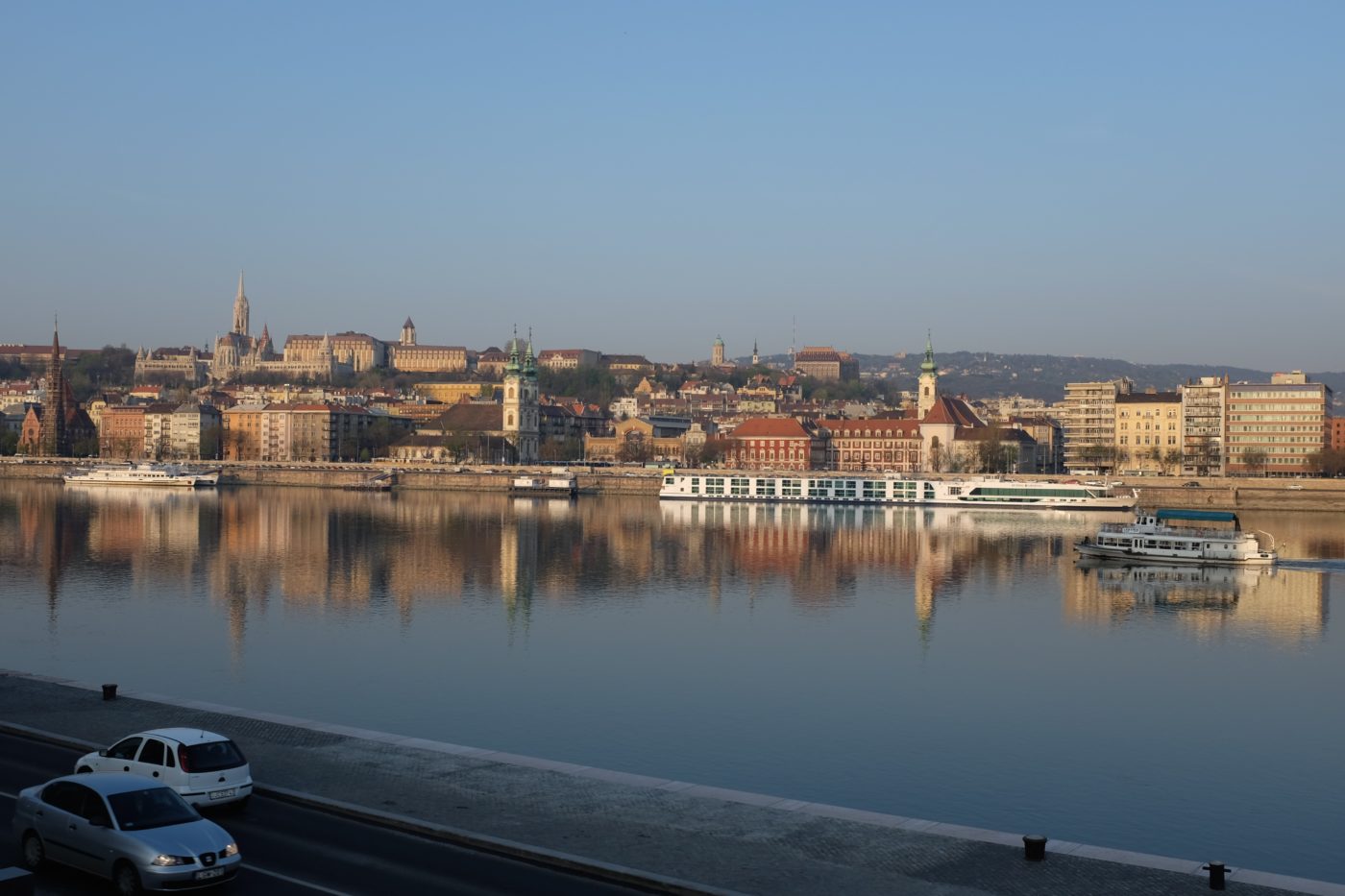 Most mornings I’d walk north from our apartments. This brought me alongside the Danube. Following it for a mile or so would bring you to slightly more upscale neighborhoods where you could see Parliament’s dome peeking through the side streets. 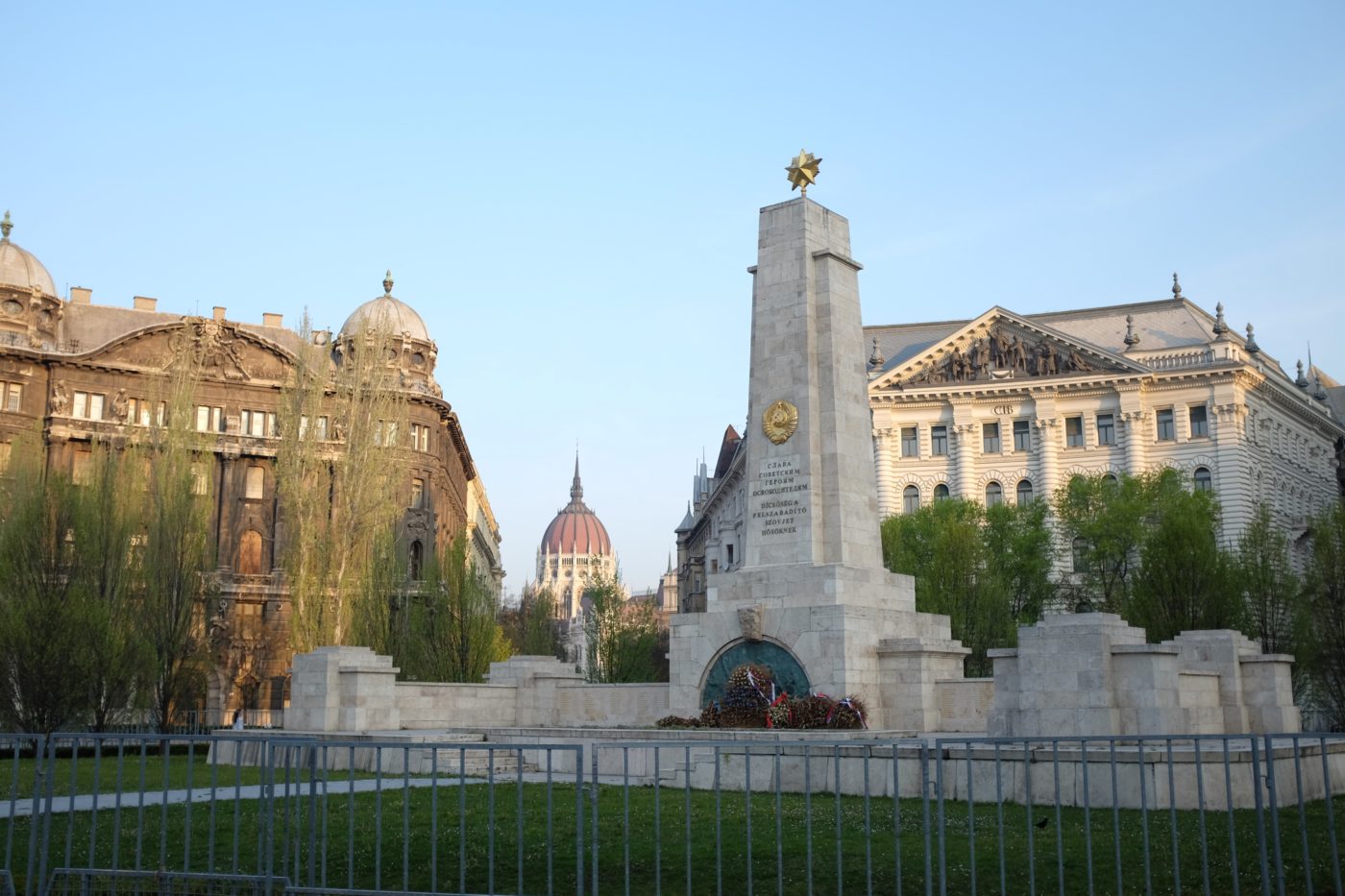 Parliament itself is also a beautiful building. It’s this Gothic combination of white stone with a red roof that really shines in the morning light. 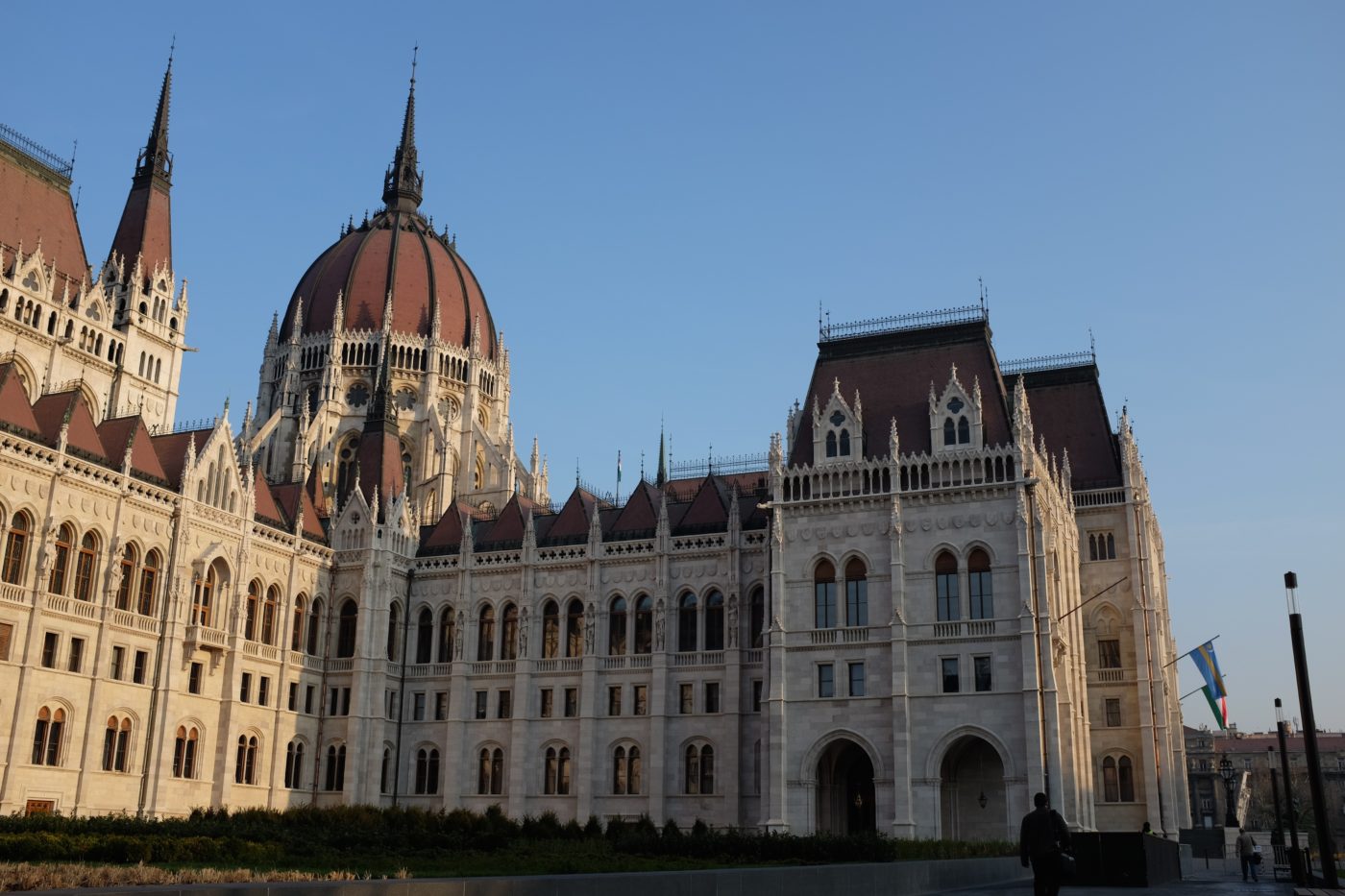 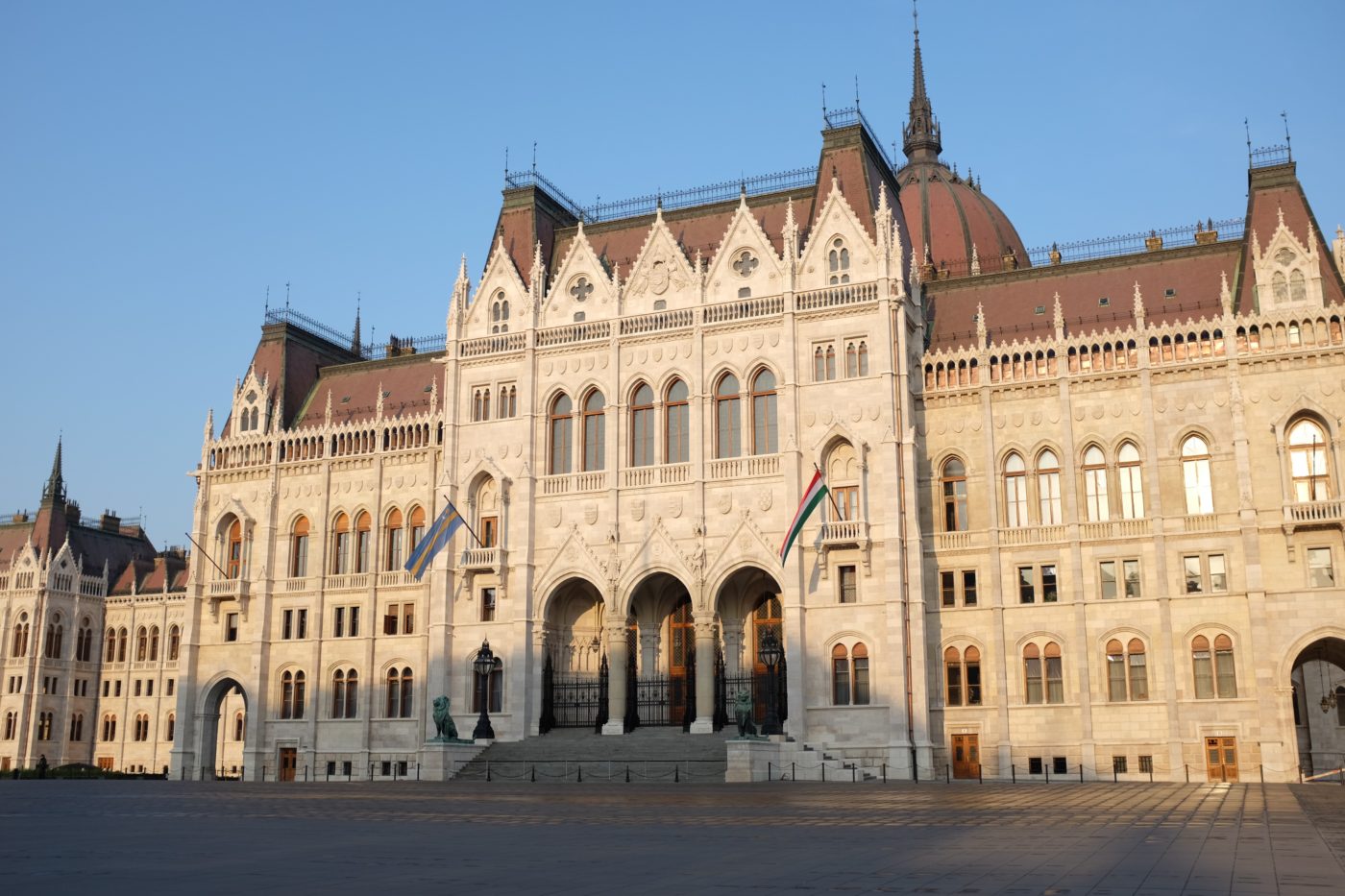 It was fun to be in the city during nice weather. The trip in 2011 happened in October so the weather was pretty dreary. Not this time. The “worst” weather we had was an overcast day when exploring the castle hill. 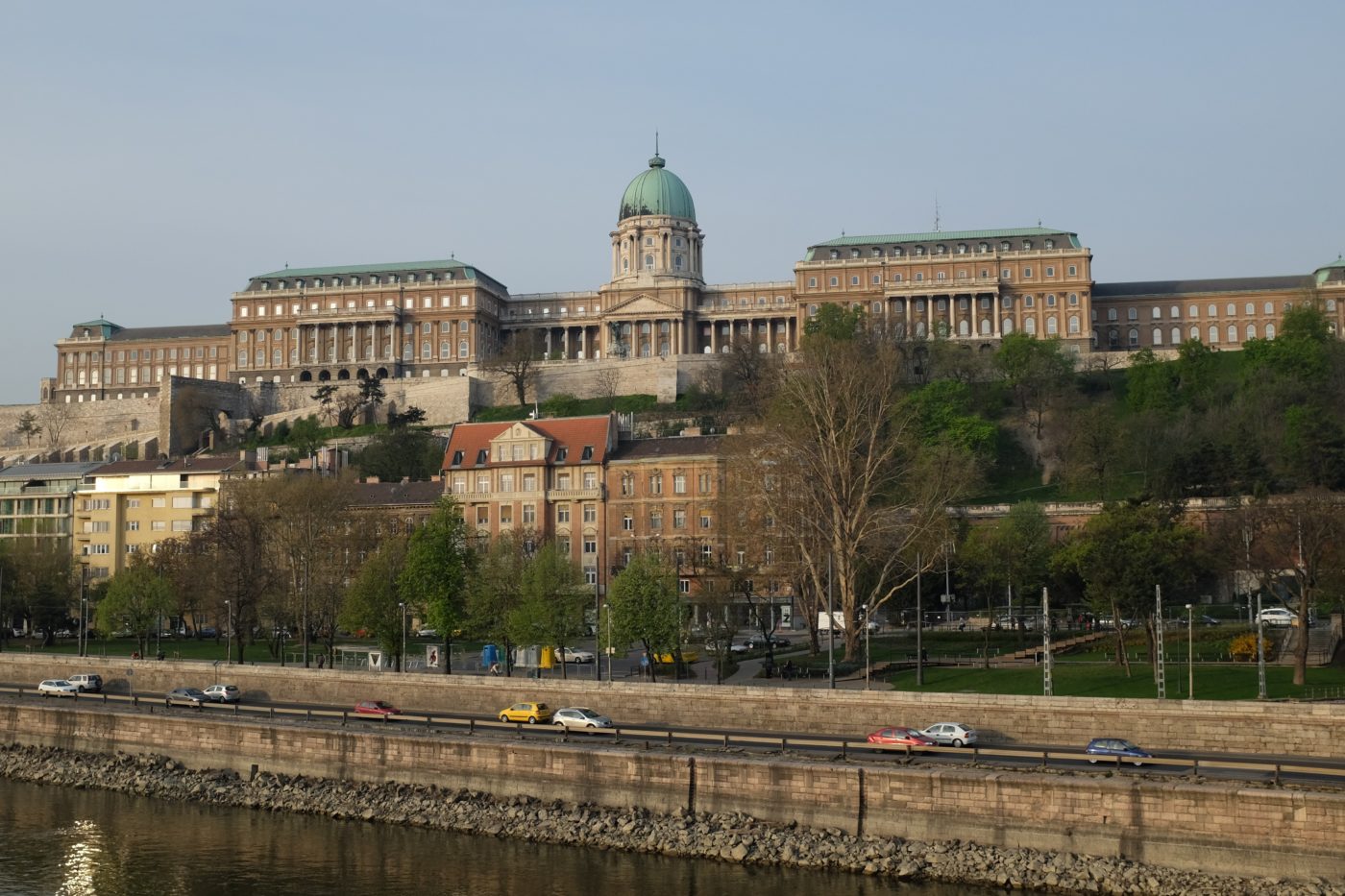 From up here you get a great view back out over the city. I’m not sure how clear the visibility ever really gets, but even on this cloudy day it was great. If you peek down toward the bend in the river there’s Parliament again. 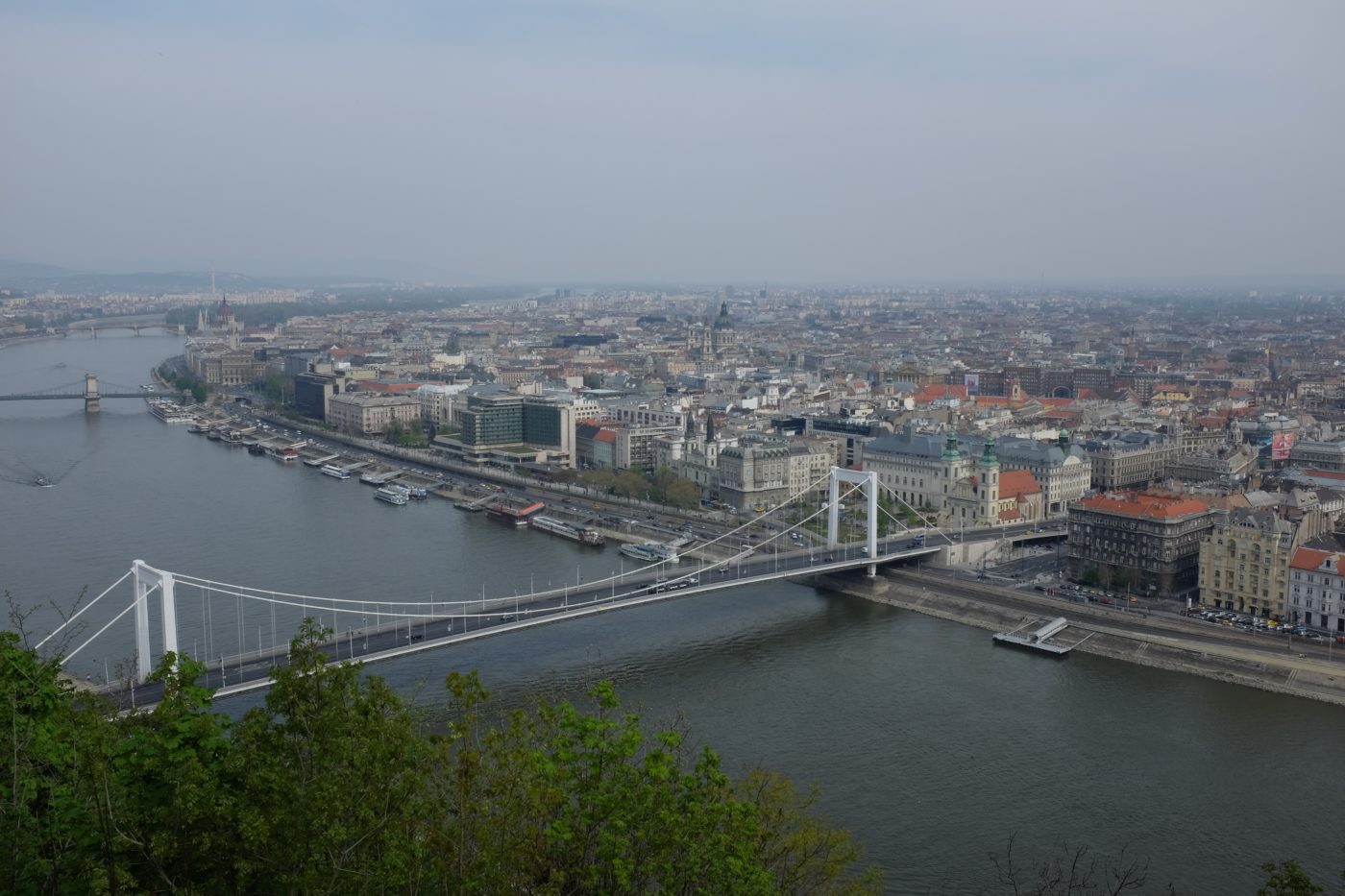 I remember from 2011 being enamored by the roof tiles of the Matthias Church on the hill. Since we had more time this trip we wandered inside as well. Pretty incredible. 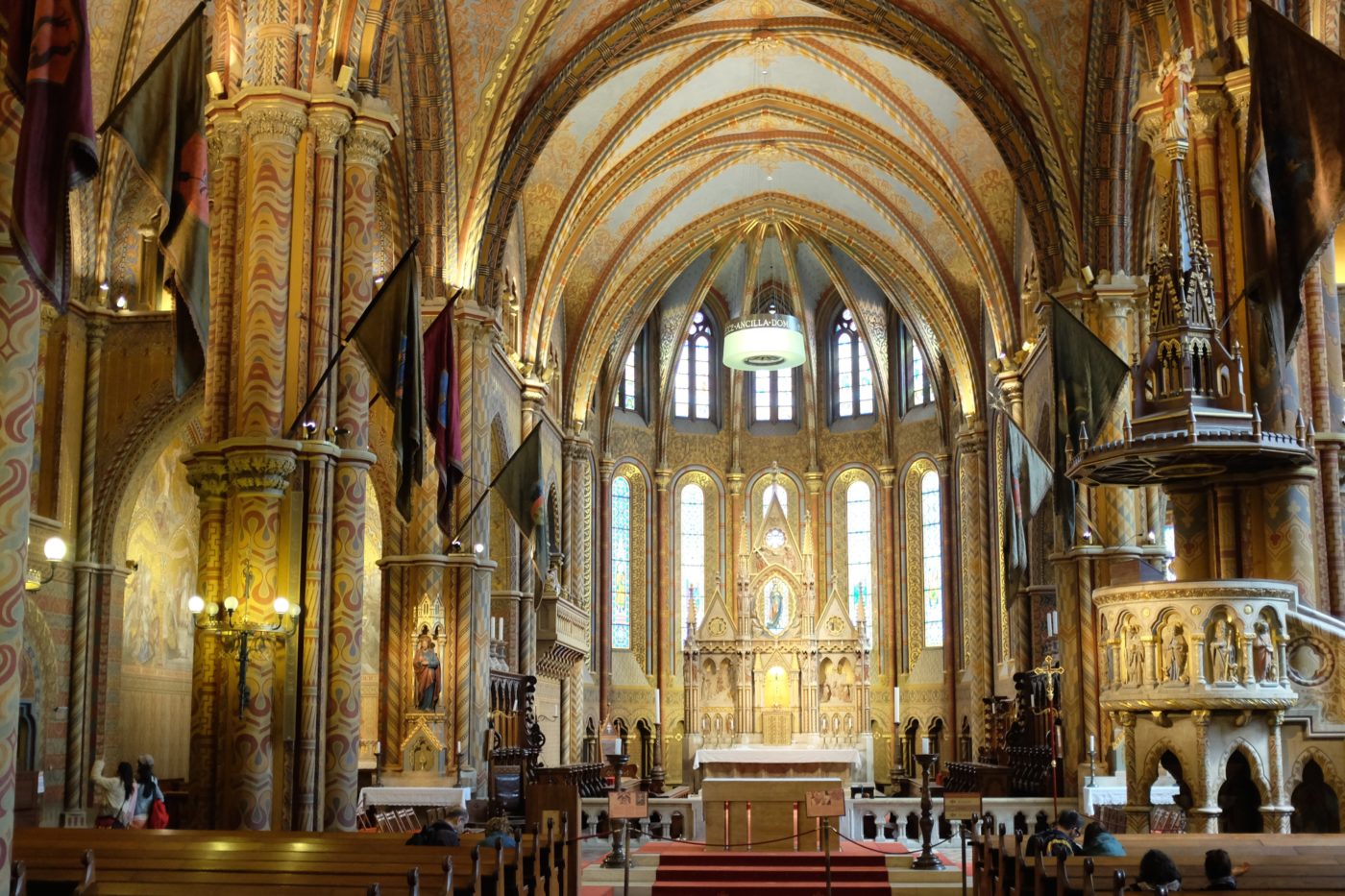 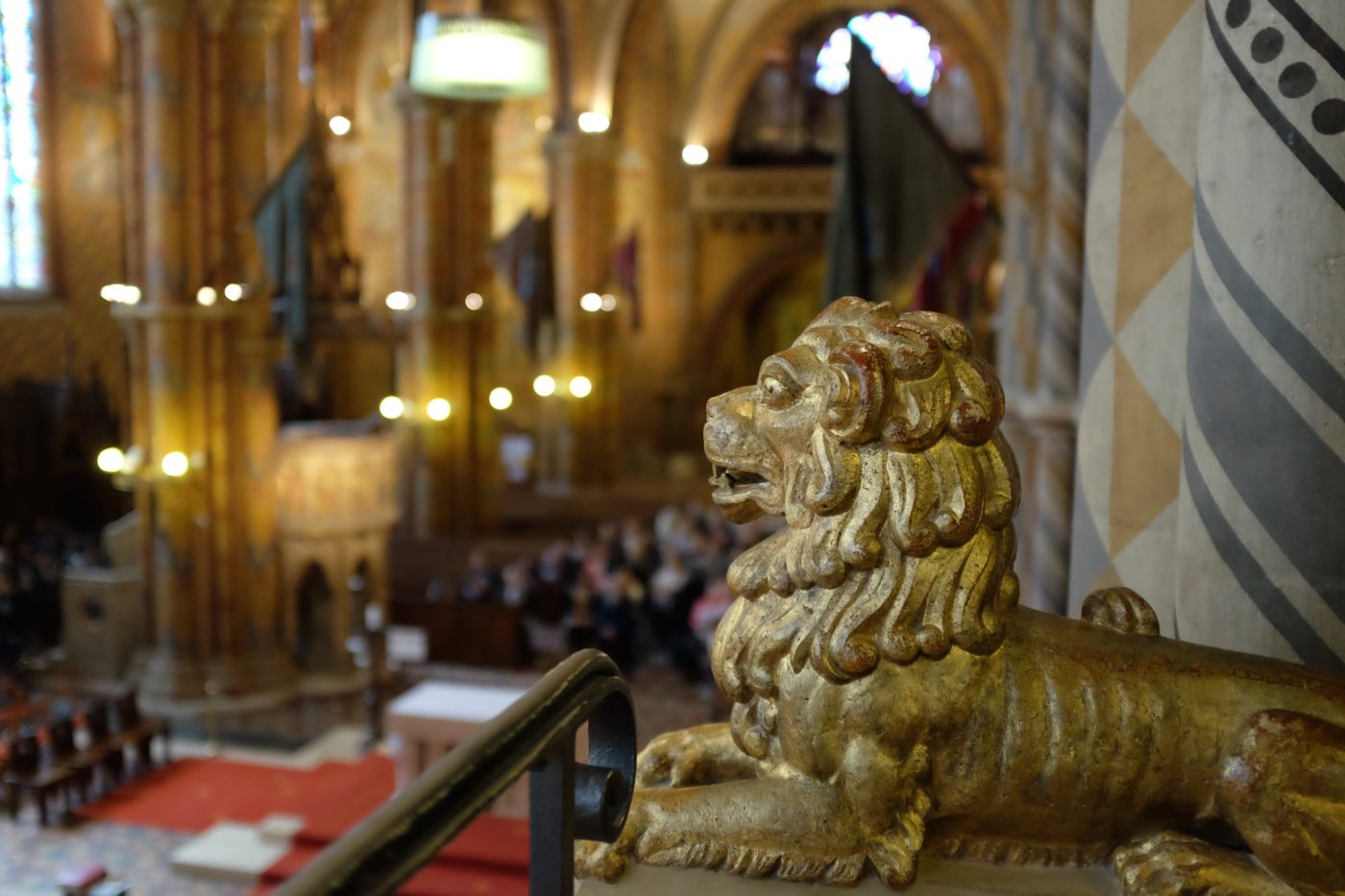 The stained glass didn’t disappoint, either. Really nice colors despite the overcast light outside. 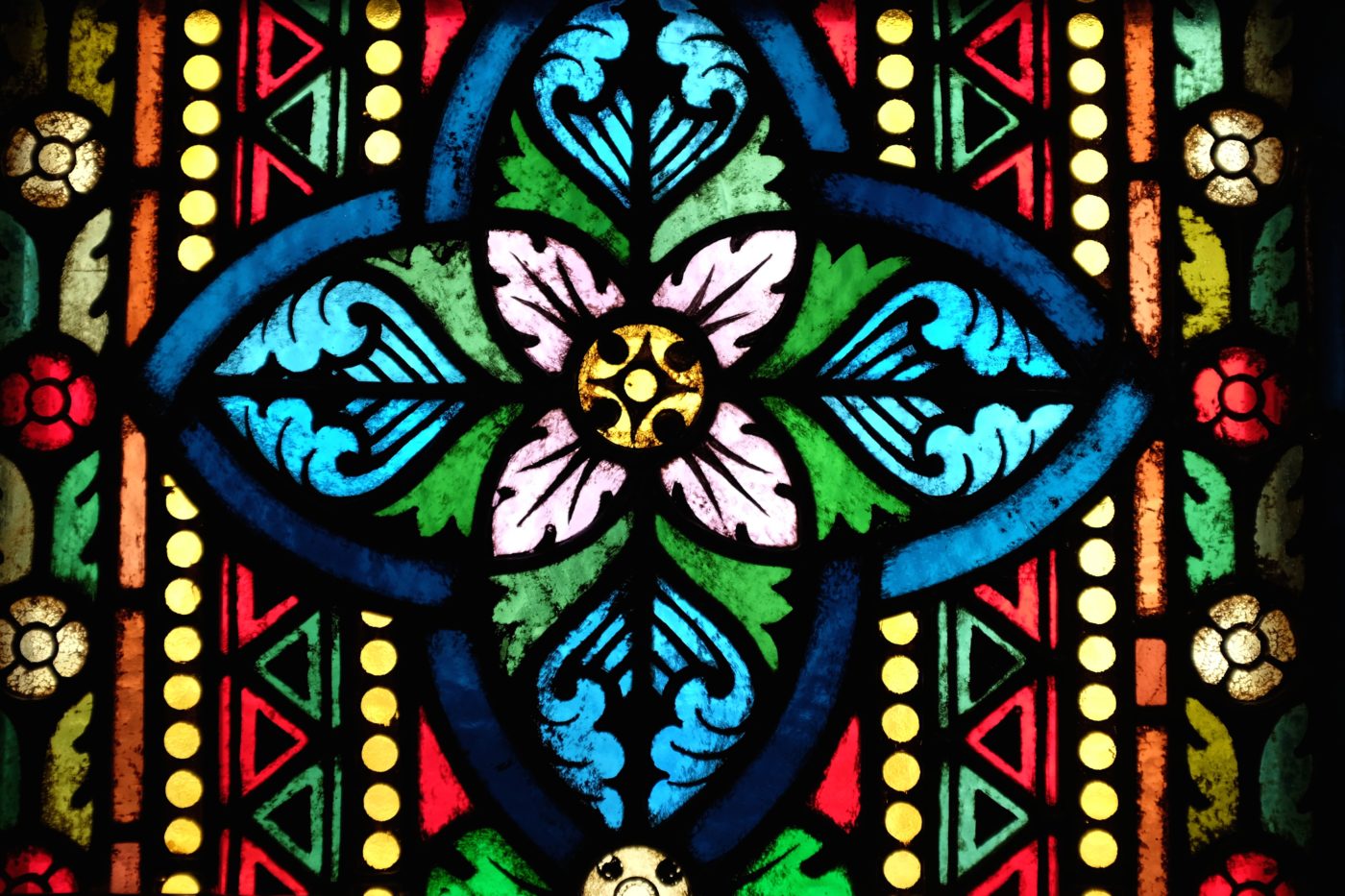 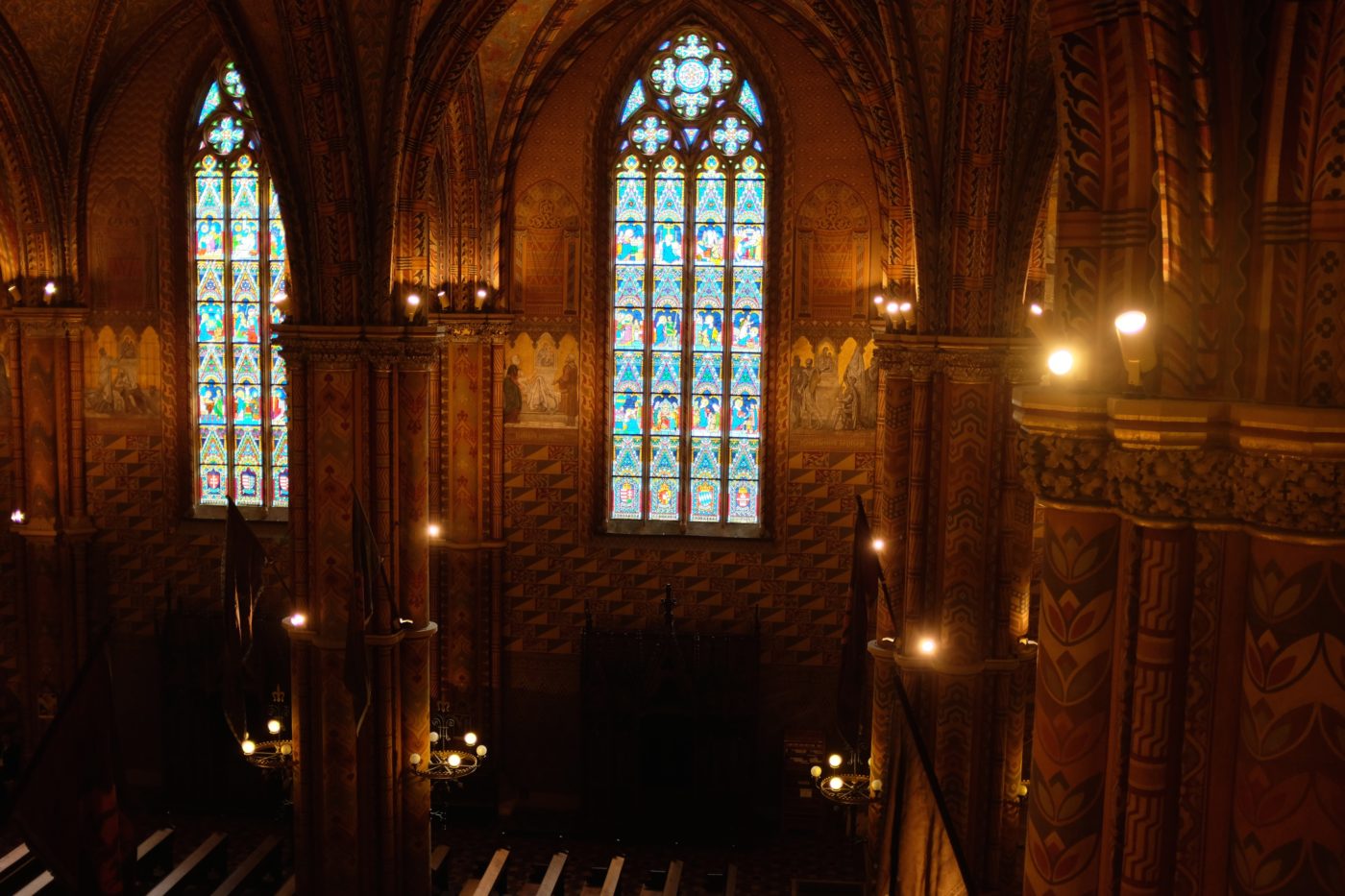 Our apartments were near St. Stephen’s Basilica, too, so one afternoon we wandered over there. The domed ceiling was nicely done without being over the top. 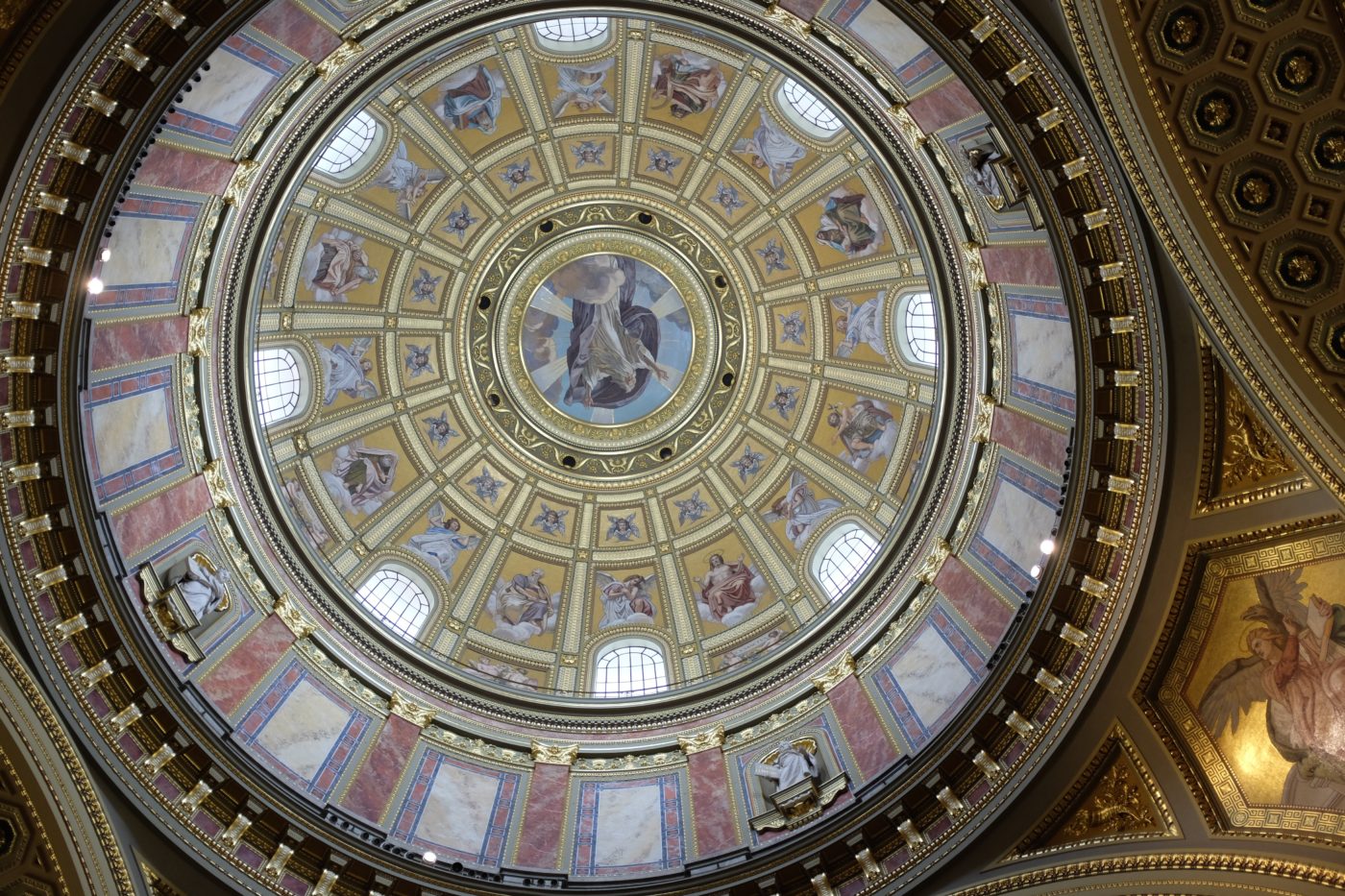 From the top we also got a nice view of surrounding rooftops. Would have been great to catch it on a sunny day but at least it wasn’t raining. 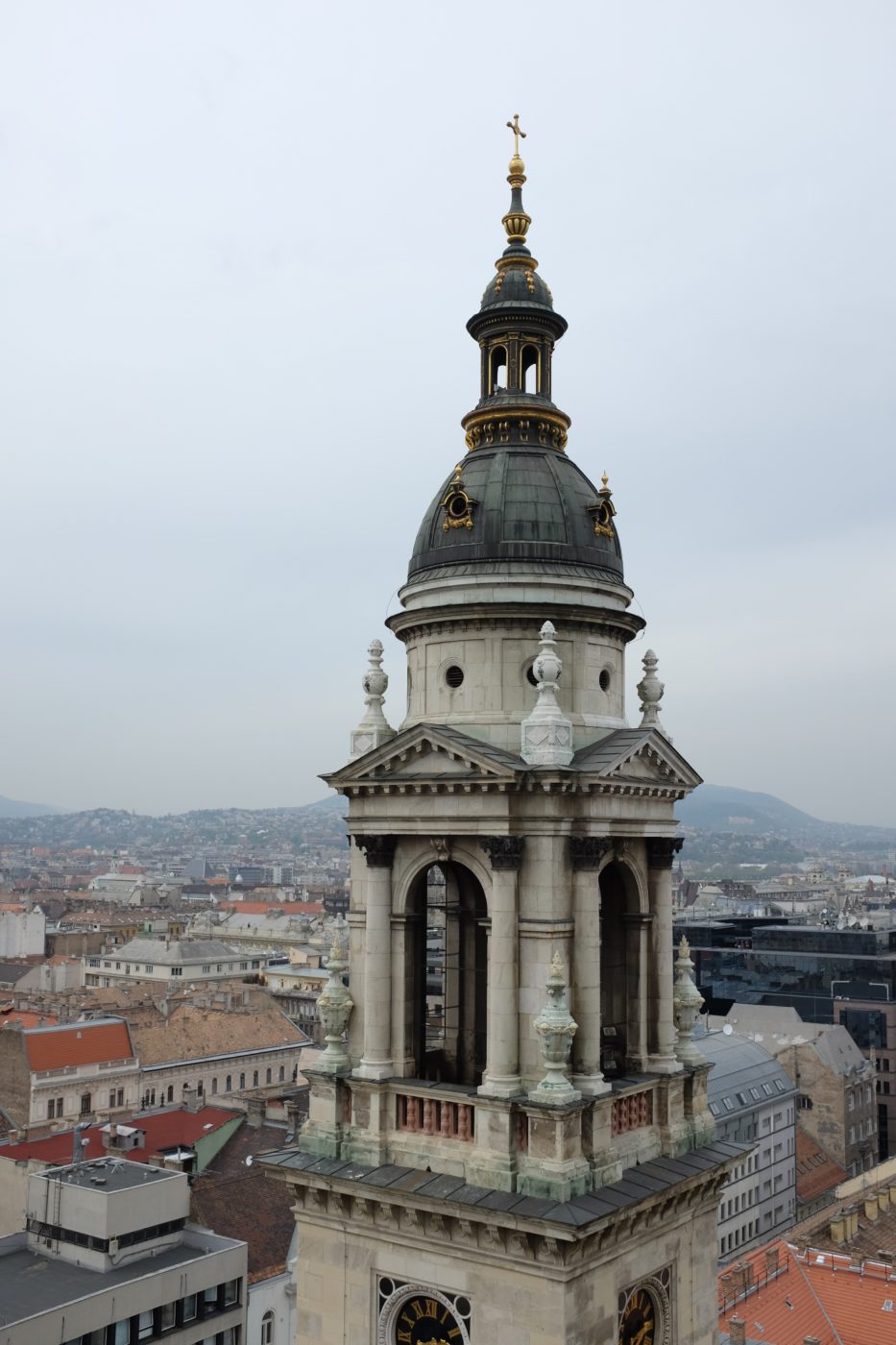 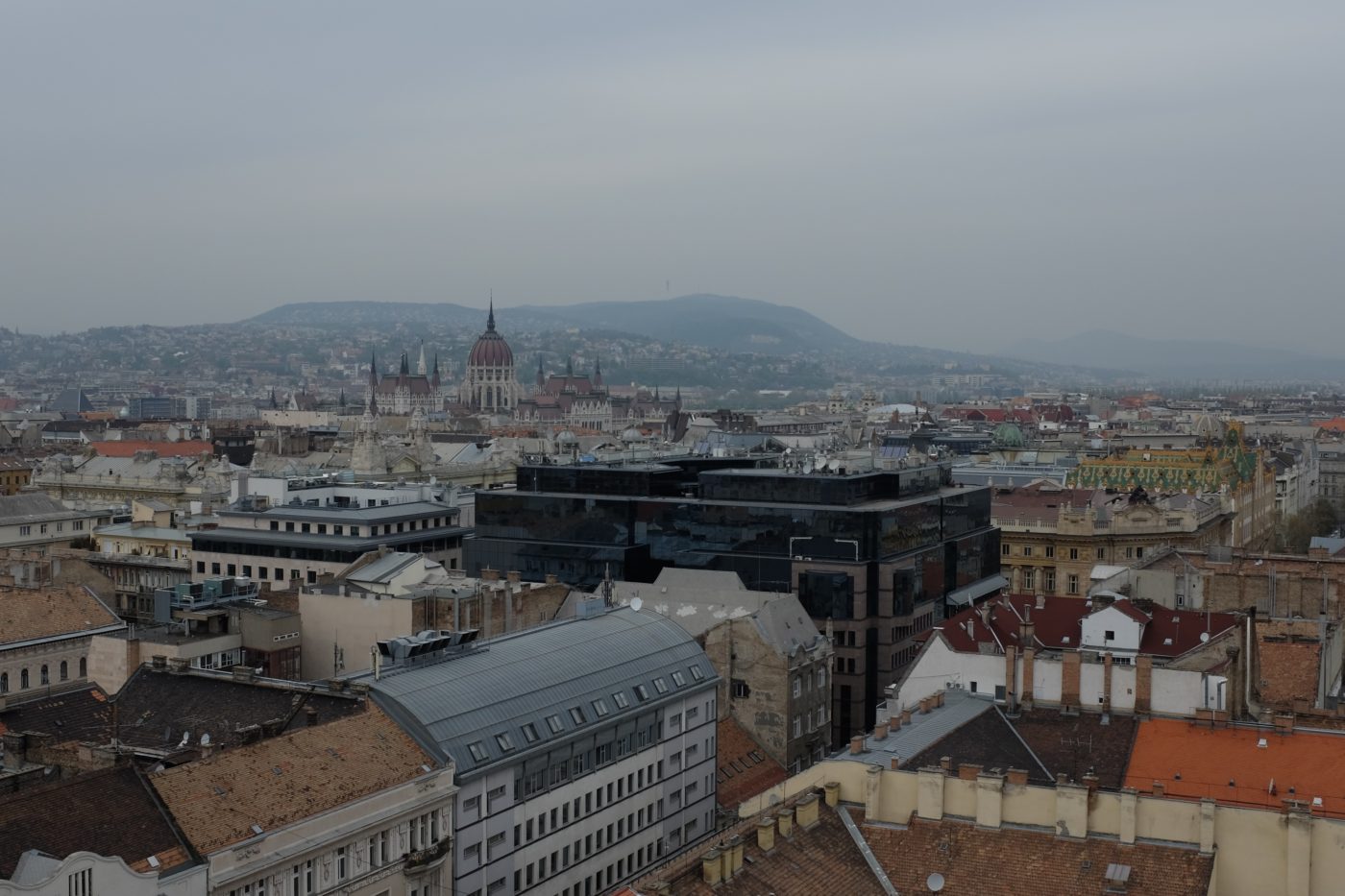 Plus, on the way down the stairs we got a nice group shot of some of the team. 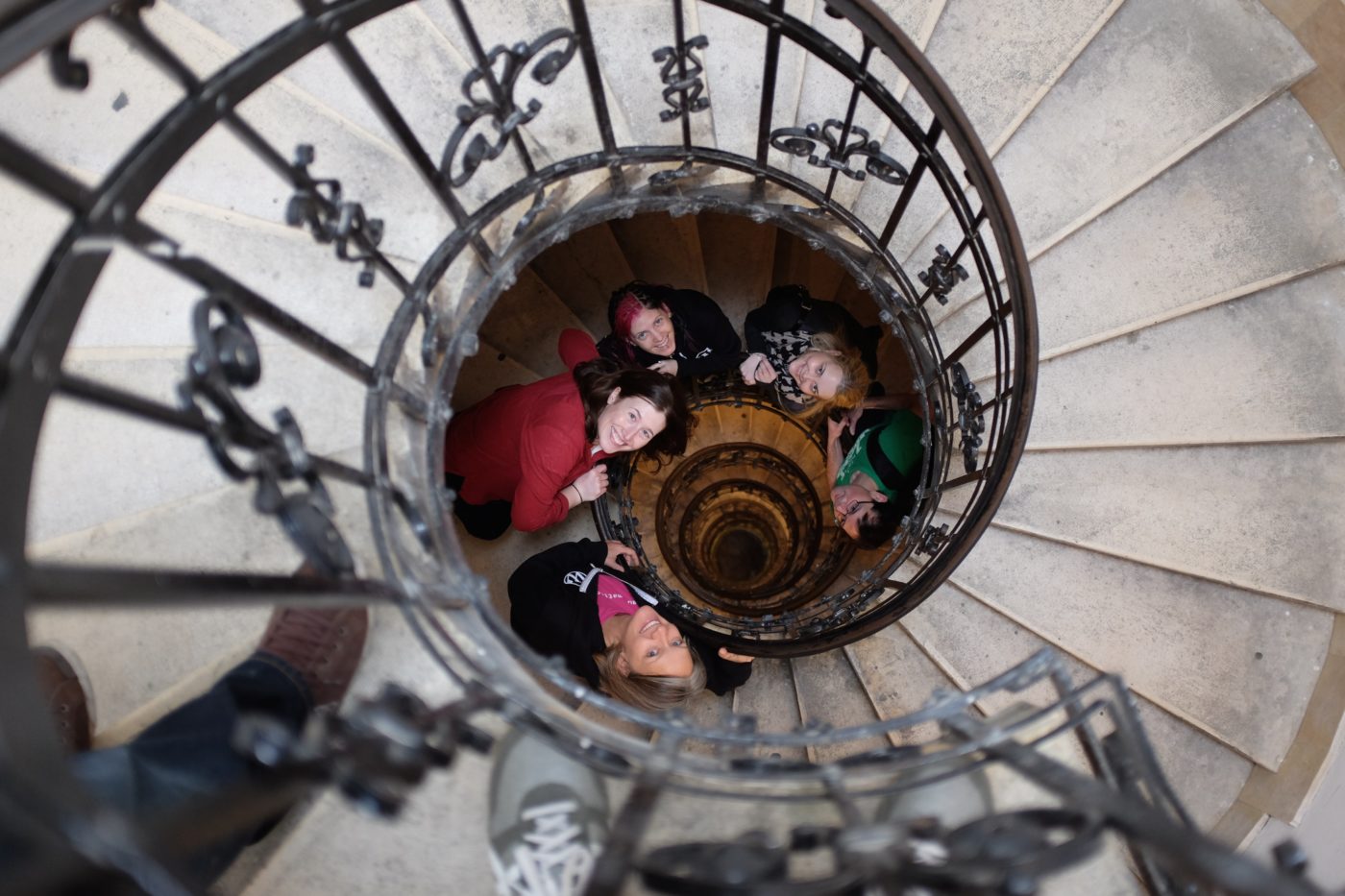 My favorite shot on the trip, and my current desktop background, came toward the end when we took a boat cruise up and down the river at dinner time. This is Parliament again, but lit up at night. 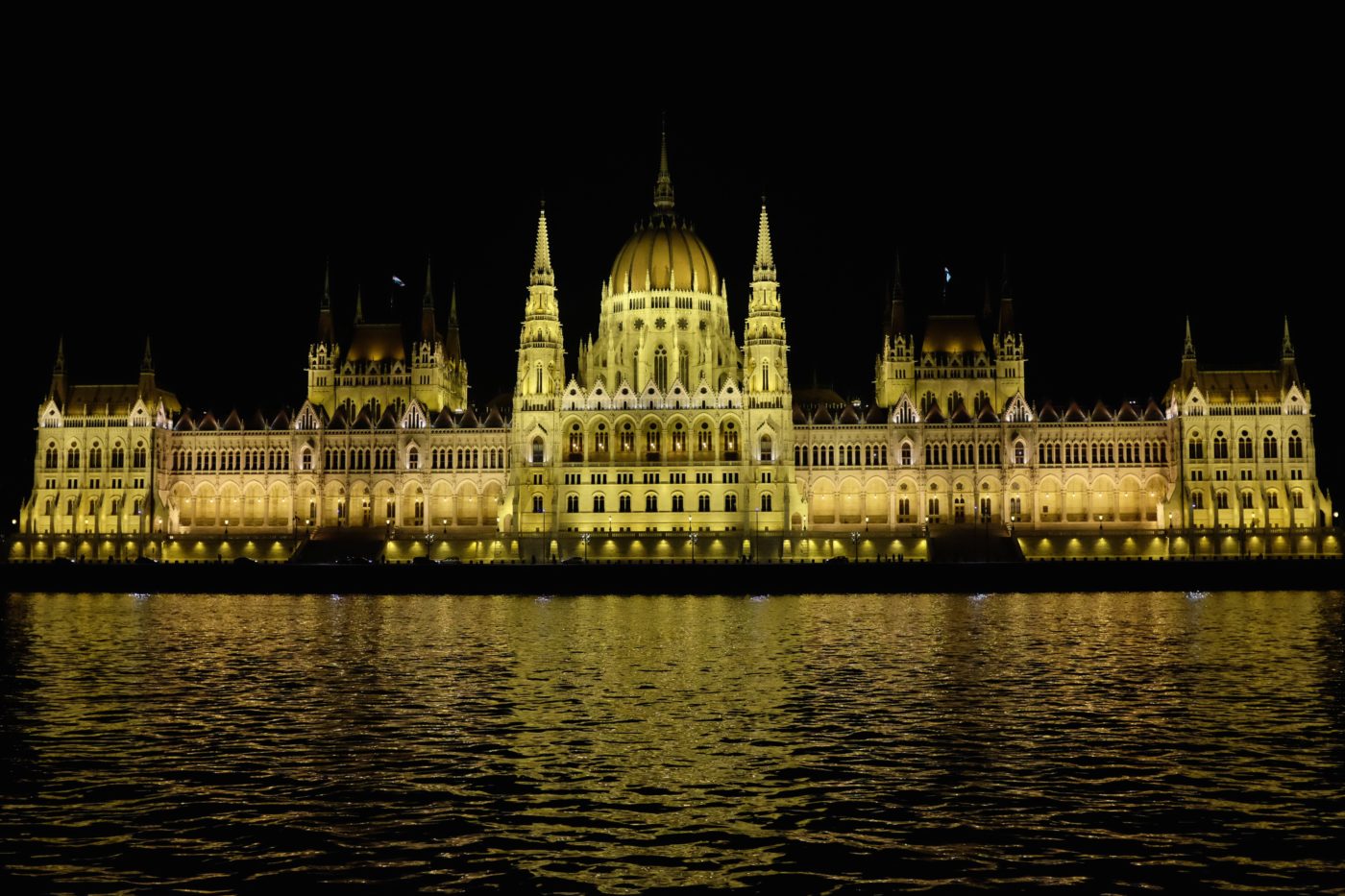