Last month we took a break from the dreary, January weather in Portland and spent 9 days in Barcelona. While it was my second trip to the city, the first one was for work and I had a cold for much of the week. The weather turned out to be exactly what we’d hoped for: 50+ and mostly sunny.

One of the nice parts about visiting in mid-January is that it’s way off-season. A lot of places were empty and even crowded places were manageable. We had no problem just deciding day-of what we wanted to do most days.

One of the highlights was going hot air ballooning north of the city in Vic. It was a lot colder than we anticipated but the views and experience were fantastic. You can see the Pyrenees peaking out from just under the cloud line.

We also spent time in La Sagrada Família. The light was as amazing as I remember and we were fortunate that for much of the first hour there weren’t more than a few dozen people around.

Toward the end of the week we took the train out to the abbey at Montserrat. The abbey itself is interesting but what really makes the experience are the rock formations around. The path down to the hillside cave was deserted and we had the space to ourselves.

We took it at a pretty relaxed pace over the 9 days so we left ourselves with plenty to do on a return trip. Already looking forward to it! 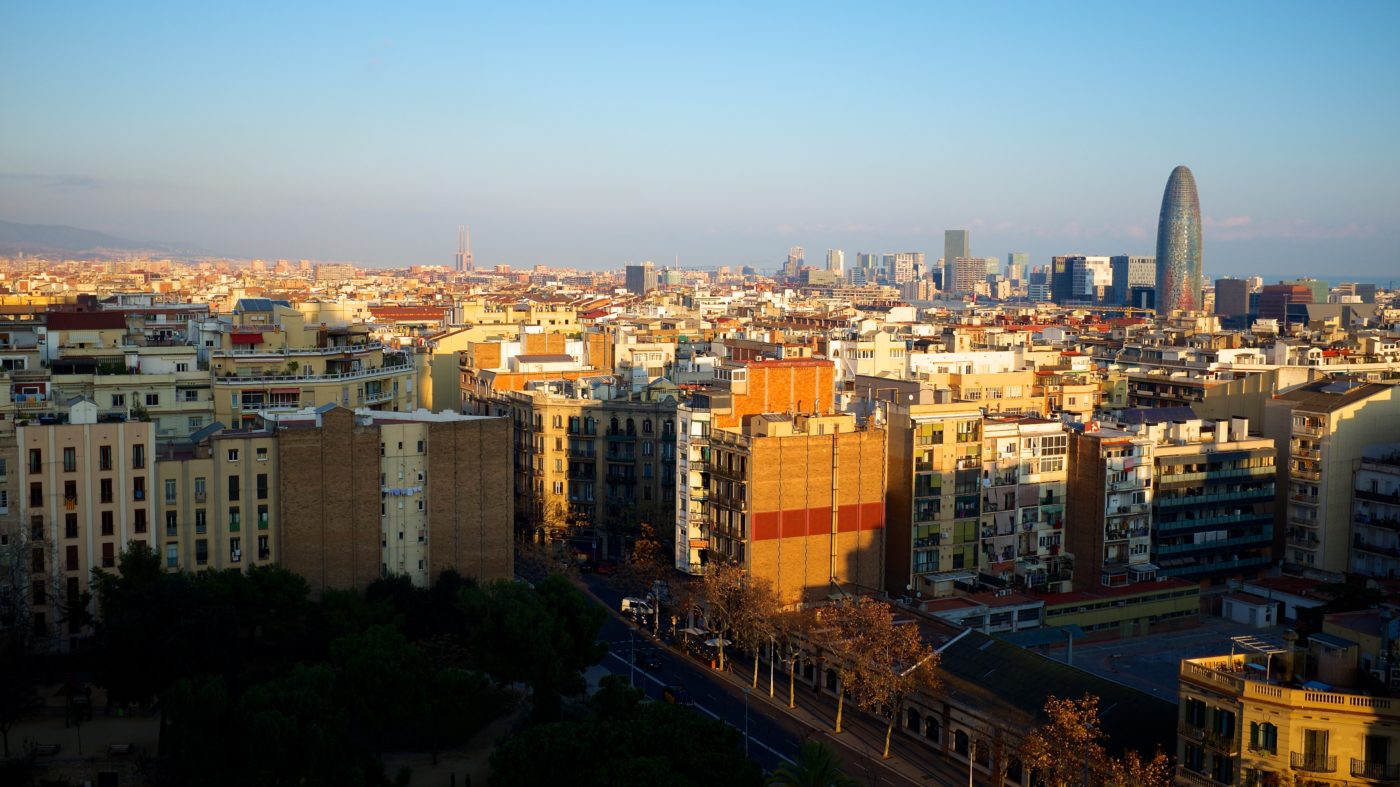 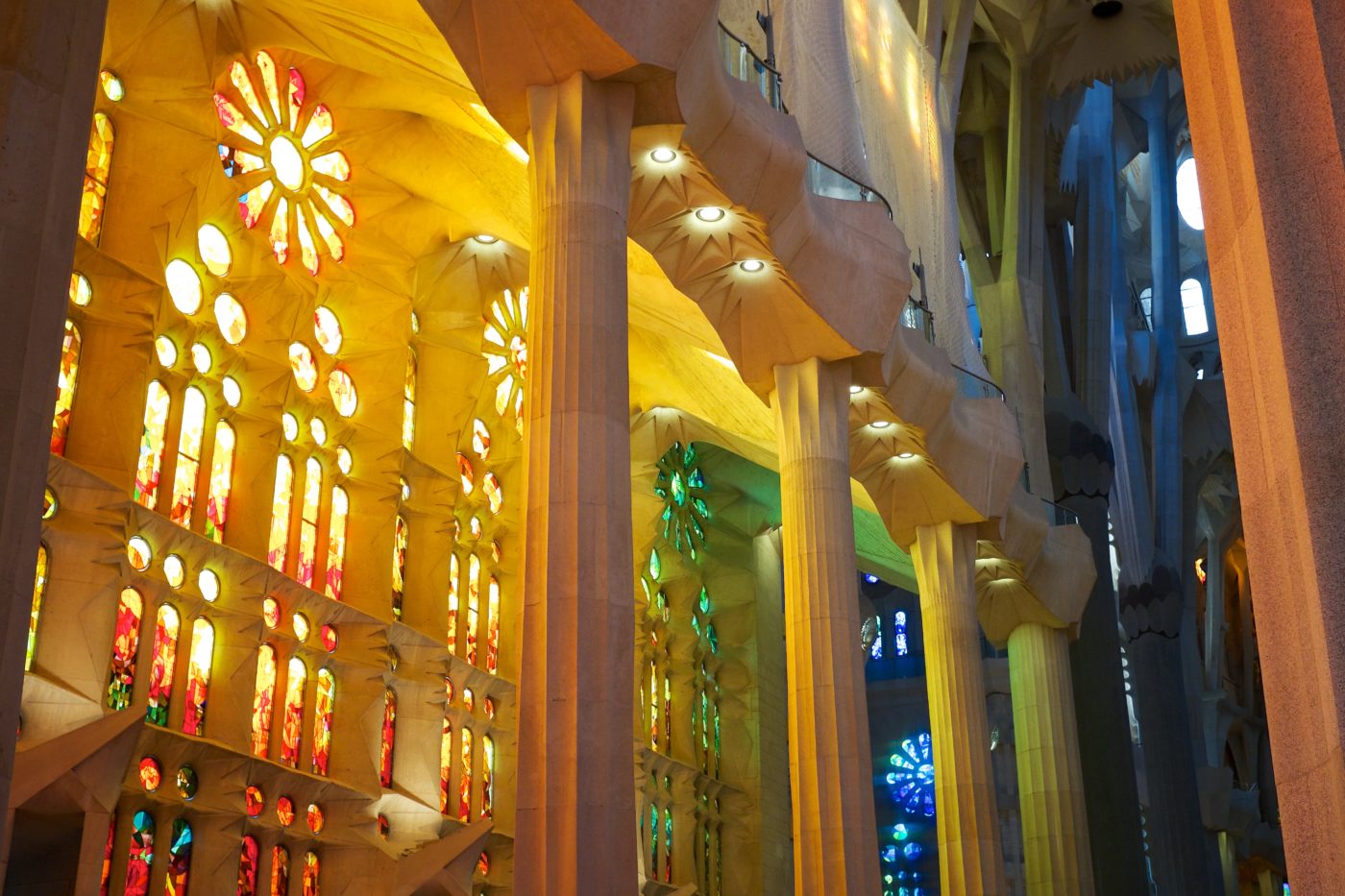 The southwest wall of Sagrada Família. 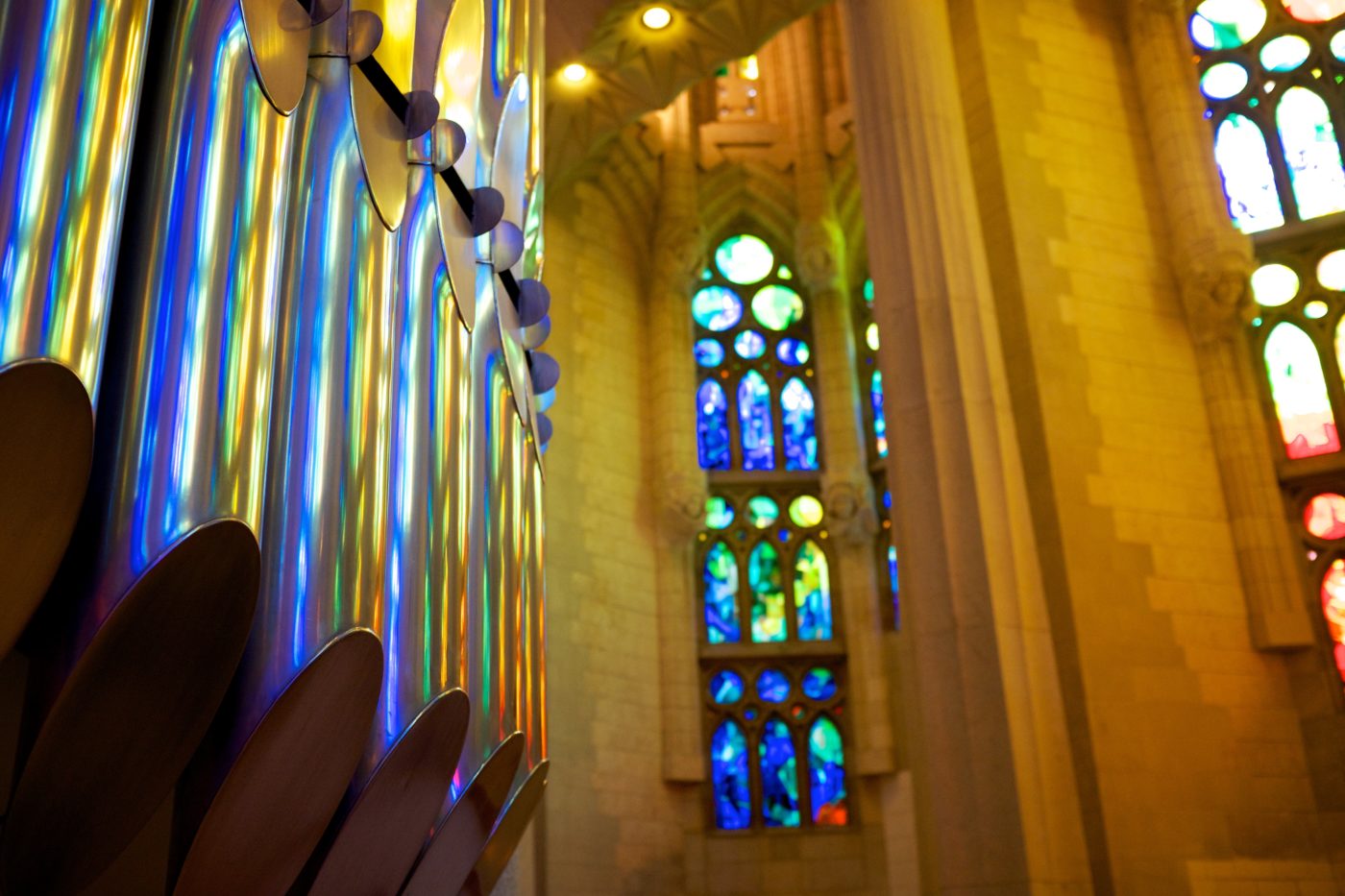 Light reflecting off the organ inside the Sagrada Família in Barcelona.