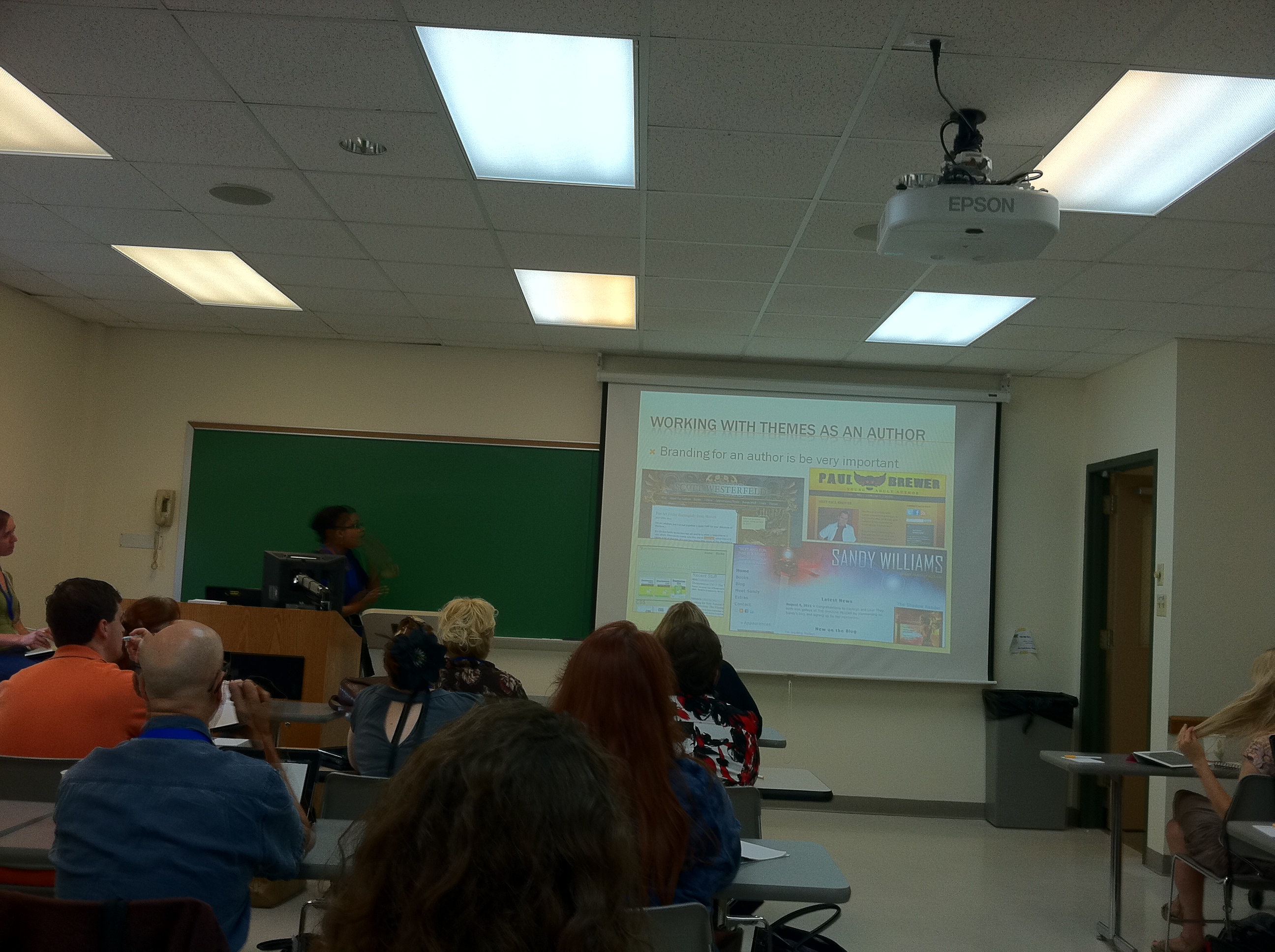 Shawntelle Madison gave a talk at WordCamp St. Louis titled “WordPress for Writers, Publishers, and other Content Providers.” Shawntelle is an urban fantasy writer with a new book coming out. She also works with design firms in St. Louis and has been working with WordPress for over 5 years.

With her book coming out Shawntelle has seen both sides of the coin with what publishers require from author websites.

WP in the publishing community

It’s a lot more prevalent than you first think. Shawntelle polled 47 authors from various genres and 85% were using WordPress. The user-friendly Dashboard, ease of theme changes, and flexibility with widgets and plugins were favorites.

They also like it because it’s far easier than coding a site from scratch. When your job is writing content you don’t want to be spending all the time coding and designing your site.

Shawntelle said that “branding is very important for authors.” The design is what readers first see and it should really fit with the genre of your writing.

A great example is Scott Westerfeld who has a site which fits his steampunk style writing quite well.

Most authors Shawntelle works with already have had some experience with WordPress. They don’t want a complex front-end layout and prefer to keep things simple.

Determining who is responsible for site maintenance is key to any project you work with an author on. Many won’t keep the site updated so figuring out who will be responsible for that going forward is crucial.

Shawntelle also mentioned some of her favorite and most useful plugins from projects with authors.

Out of the 6 big publishers 2 are running WordPress in their work.1 Random House and Hachette use WordPress to power parts of their imprint on the web.

For example, Random House uses WordPress to power their At Random site. There’s tons of reader guides, audio and video, as well as links to the books in the Random House catalog.

Data from the existing Random House catalog was used to power things like the New Releases slider and more on the site. They also link up to services like Goodreads, Shelfari, and LibraryThing.